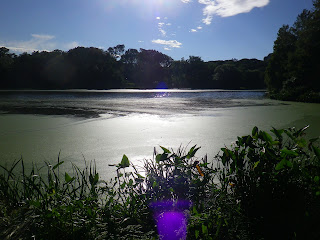 After visiting Morningside Park, I walked
down the street to The Meer at Central Park. 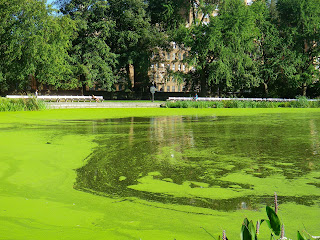 Much of the lake surface was covered with duck
weed. Duck weed does not stop one from fishing
and I hoped to hook some of the carp swimming
under the duck weed. 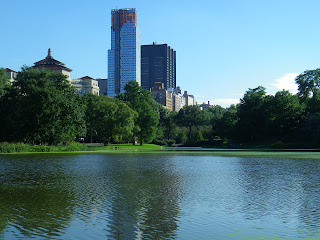 I followed my standard rountine, chum, wait
and then fish. 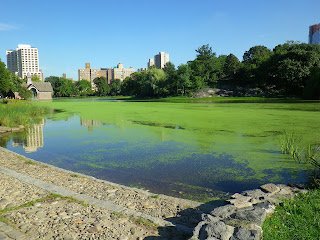 Carp appeared to be active and feeding under
the green blanket of duck weed. Dorsal fins
were sticking out of the water as the big carp
swam back and forth, stopping here and there. 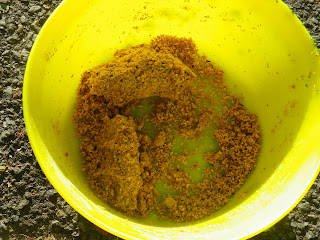 Chum grenades ready for use.
It was frustrating because after more than an
hour, I had not even a nibble. They were there
but they were not taking anything I offered.
Posted by The Great Lakes of NYC at 8:23 PM