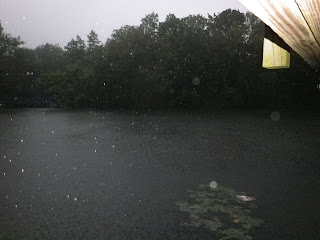 The forecast called for rain but I took the subway
to the Bronx anyway. It was overcast but dry
as I walked to Van Cortlandt lake from the train. 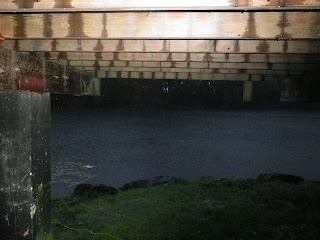 But within an hour it started to rain and hard.
I took shelter under a deck. 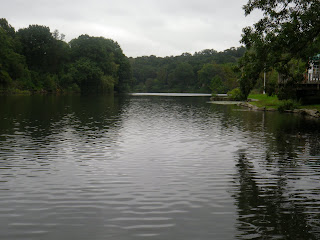 I caught a crappie sized carp. The carp was
less than a foot long. It was too small for my
boca grip; as I raised the fish out of the water
it fell back into the lake. 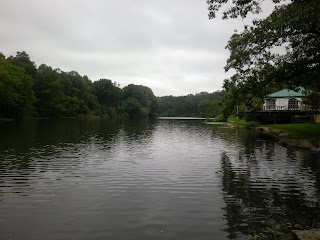 I also experimented with a "pop up" rig.
A pop up allows the fisher to fish above the
floor of the lake; sort of suspension fly. 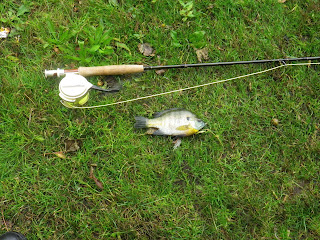 I caught a blue gill on a hook with a soft bait
Posted by The Great Lakes of NYC at 6:20 PM