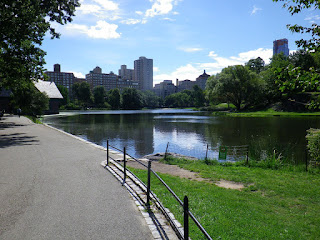 I arrived at The Meer, in Central park, just before noon.
My hope was to engage some of the tailing carp that
I had seen there under a layer of duck weed
about a week earlier. This time there was no blanket
of duck weed on the Meer. 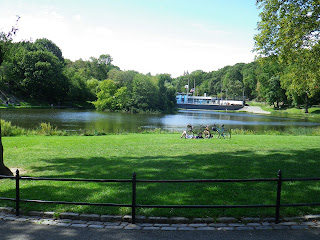 Only the south east corner was covered with
green duck weed. 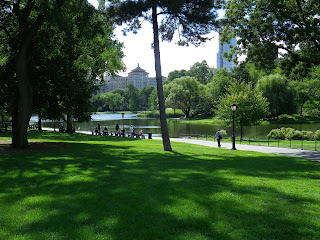 However, I saw no evidence that carp were
active in the clear water. Nevertheless, I chummed
and waited for carp to make their presence known. 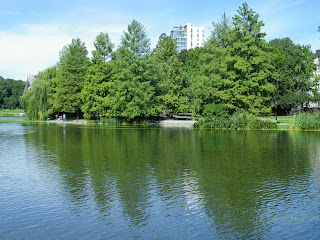 And I waited for some indication that carp were
in the area or even in the lake. 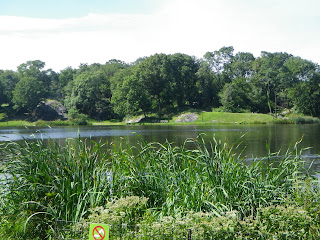 Normally when I fish the Meer, I target the
panfish ( blue gills, crappie, bass). On this day
those fish seem to be the only fish active and
ready to be fished. 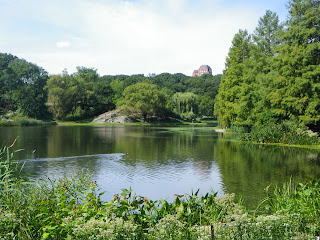 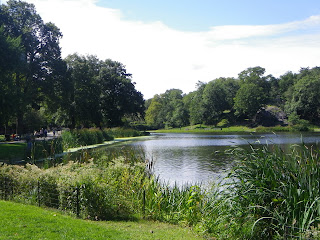 I took position on a rock sticking out of the water
and began to use spey casting techniques. 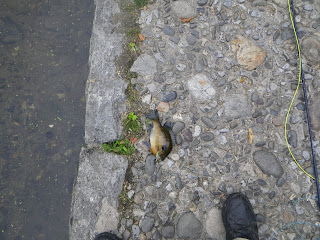 The first Blue gill hit my fly hard and made a sweeping
turn towards 11oth street. I hand stripped him
to hand. 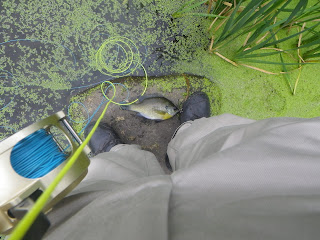 I caught another and another; these were mature
fish, more than seven inches long. I switched flies
and used a #12 green weenie. This fly caught fish
also. Later in the day, I headed to The pool at 103rd street. 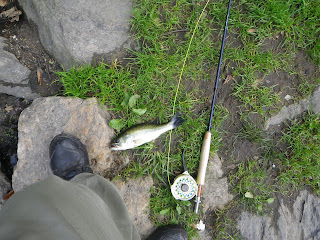 By 7:00pm I had walked down to the lake at 72nd
street. I was hoping to catch a carp. But like at the
Meer, carp were inactive.
Posted by The Great Lakes of NYC at 8:09 PM