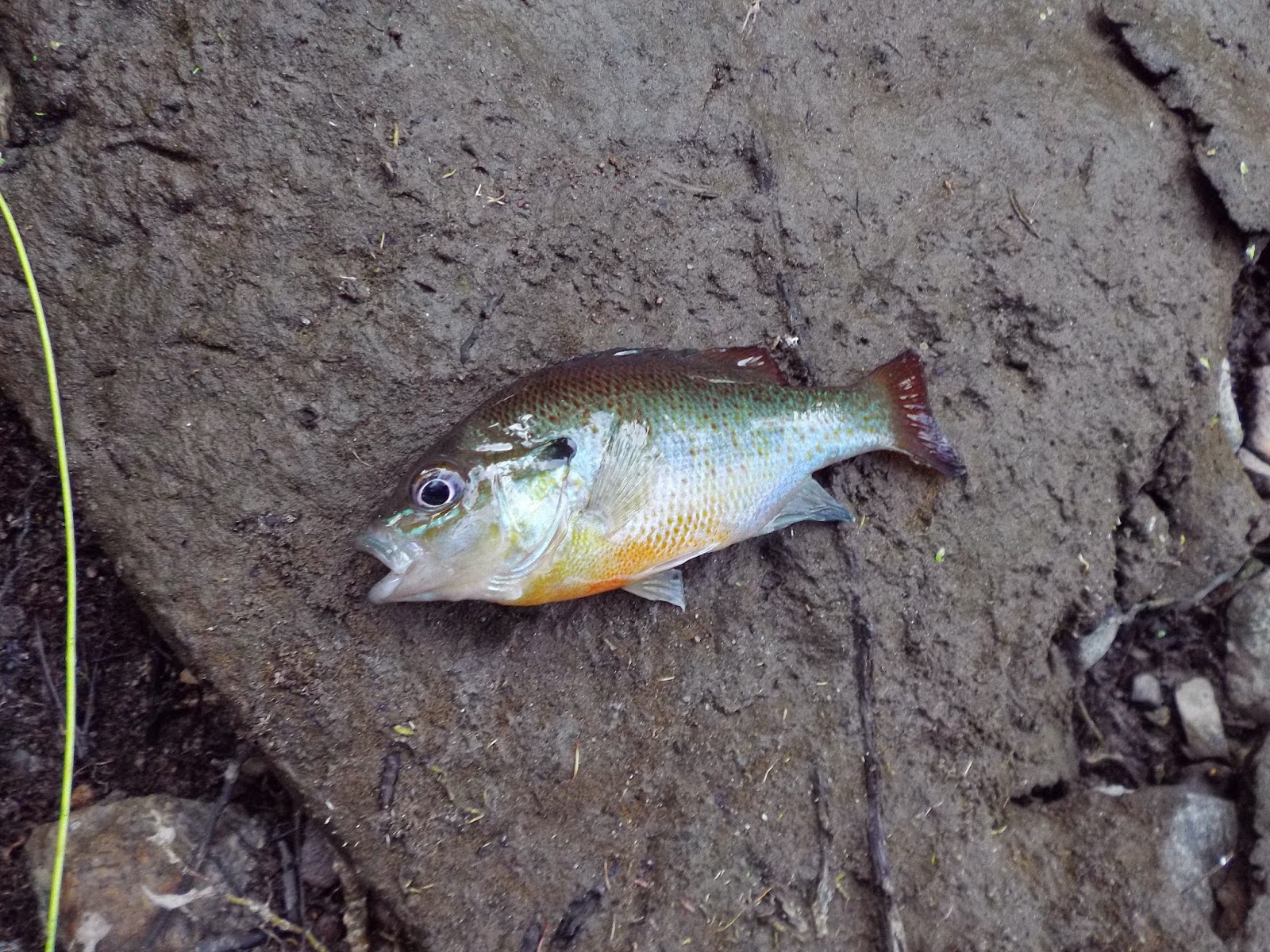 Mountainview is a place I knew would have access to the Pompton River.  The
Pompton is a major tributary to the Passaic River.  The problem with going to Mountainview
is that it does not have return train service to New York after 10:00am.  In order to get
transportation back to New York I would have to take a bus back to Port Authority.  This involved
waking about an hour to the Willowbrook shopping area where the bus to the Port Authority stops. 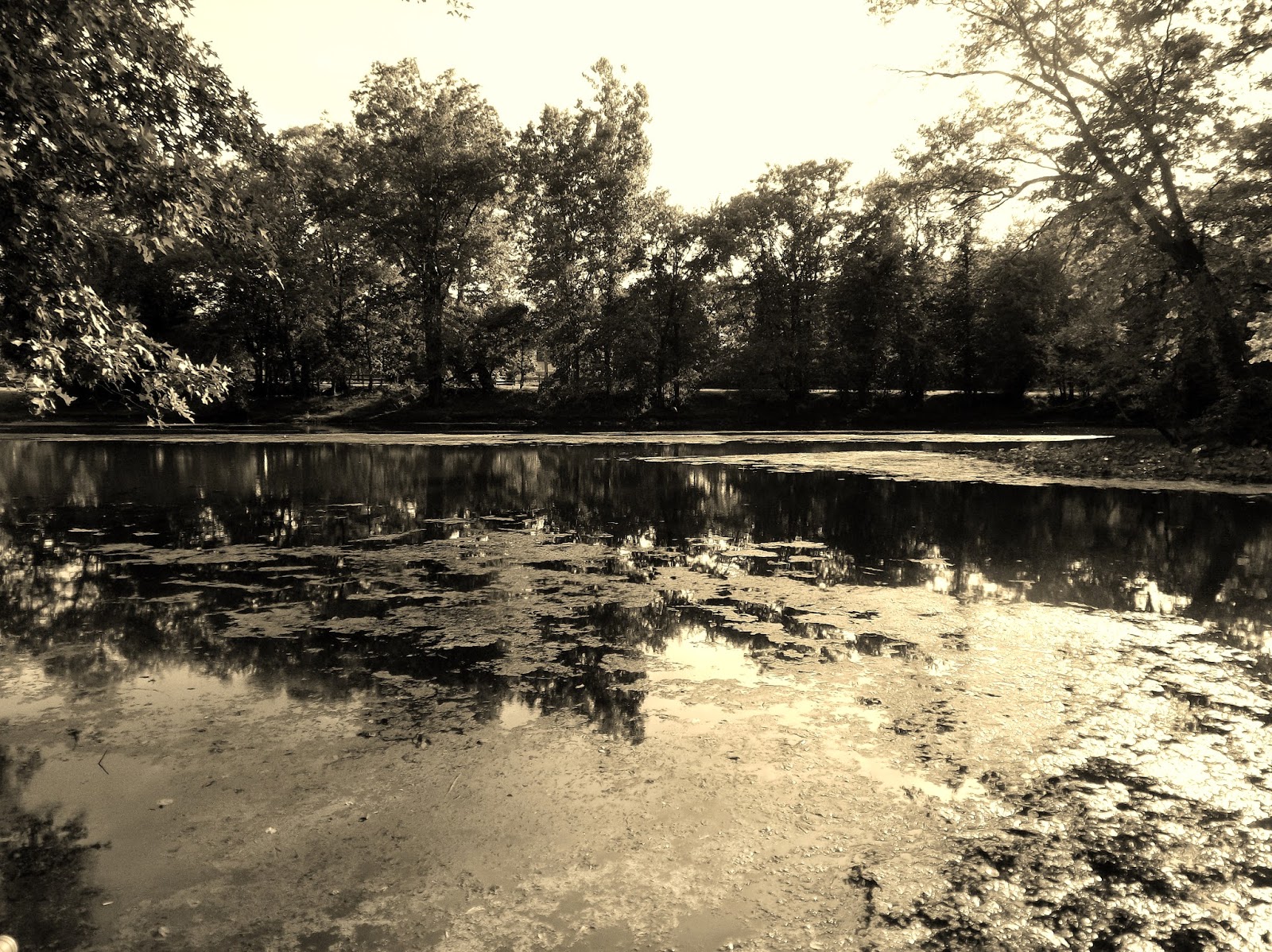 The river had algae and duck weed in this area.  I tried to fish here for awhile but caught nothing. 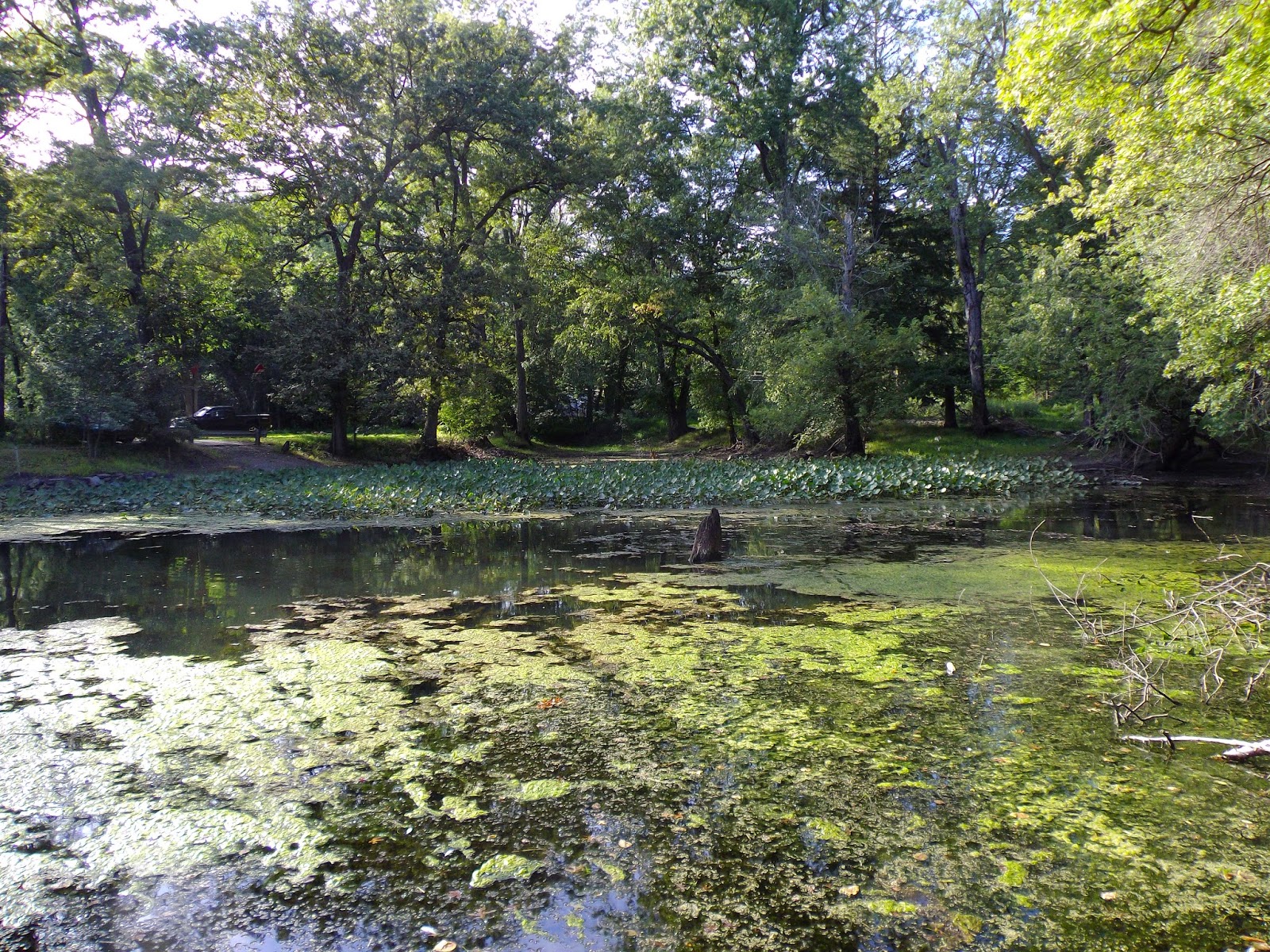 This spot, I'm told, has catfish, carp and panfish.  North of the Pompton River is
The Pequannock River, a trout fishery. 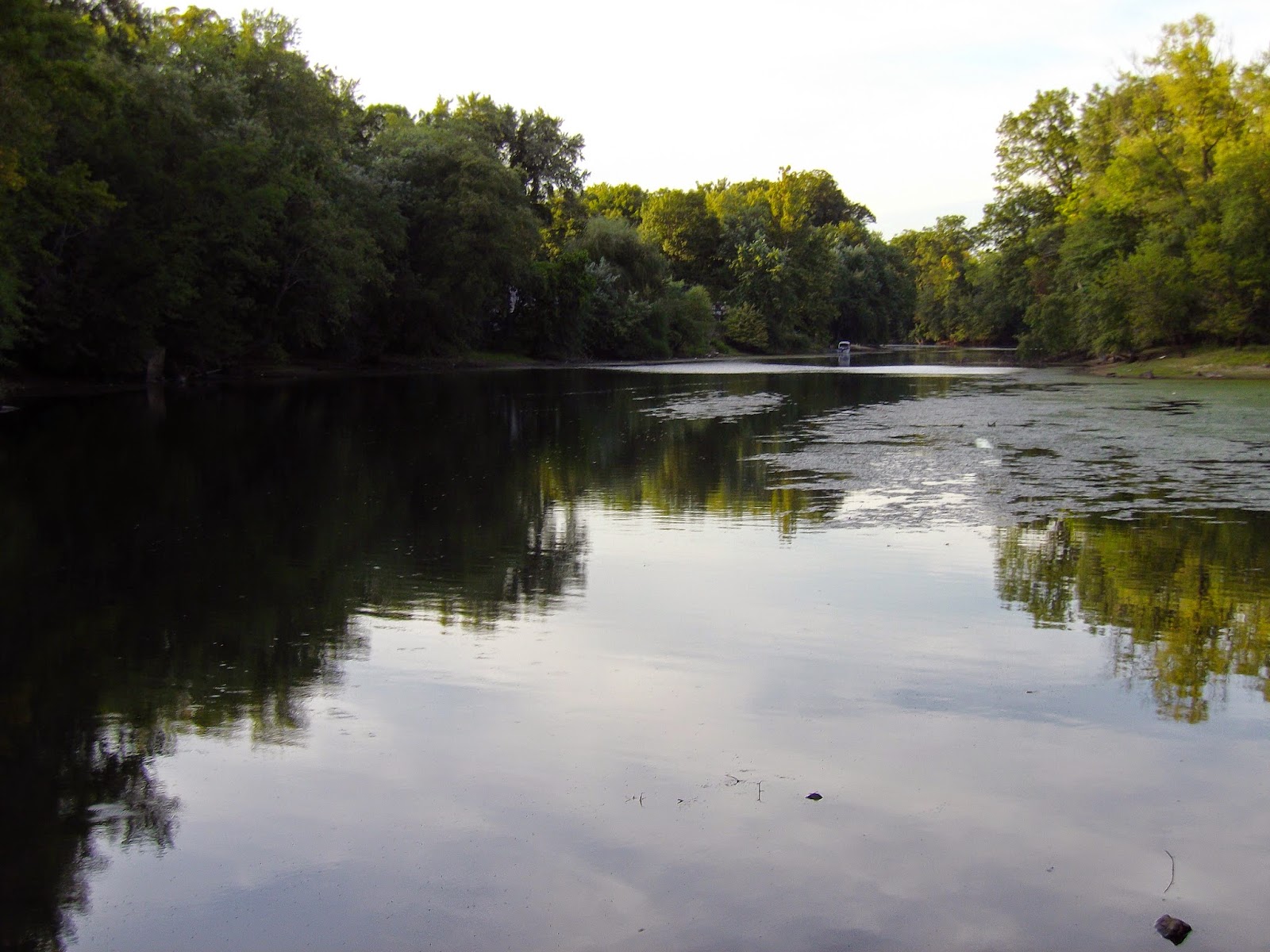 As I walked to my "extraction" point at the shopping center,  I saw spin fishers fishing for bass.
There was less algae and clear water.  I even saw a cruising carp deep in the water column. 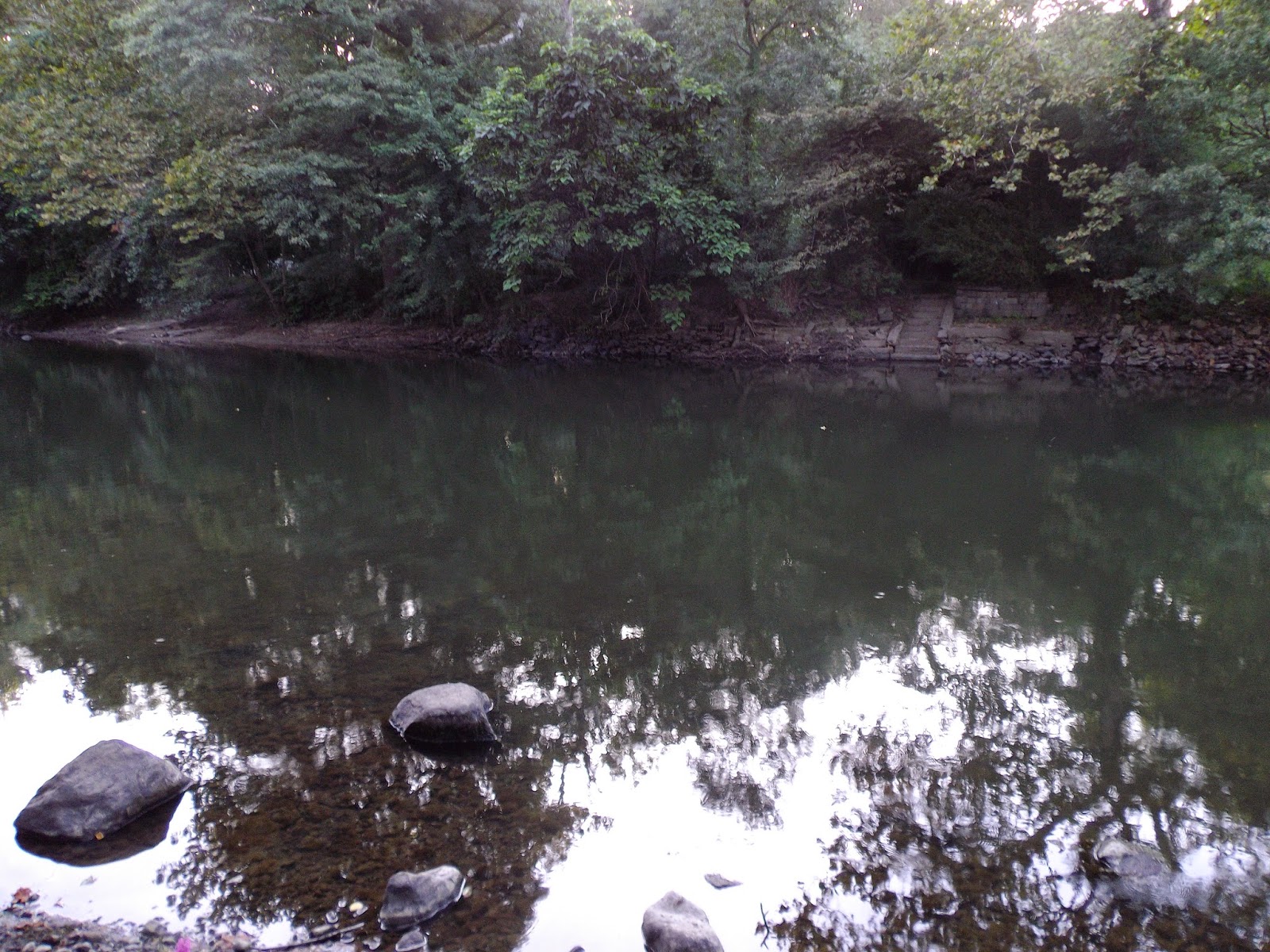 The closer I got to the mall the more fishy the water looked.  The river moves slowly and
is calm.  I even saw some white tail deer in the bush. 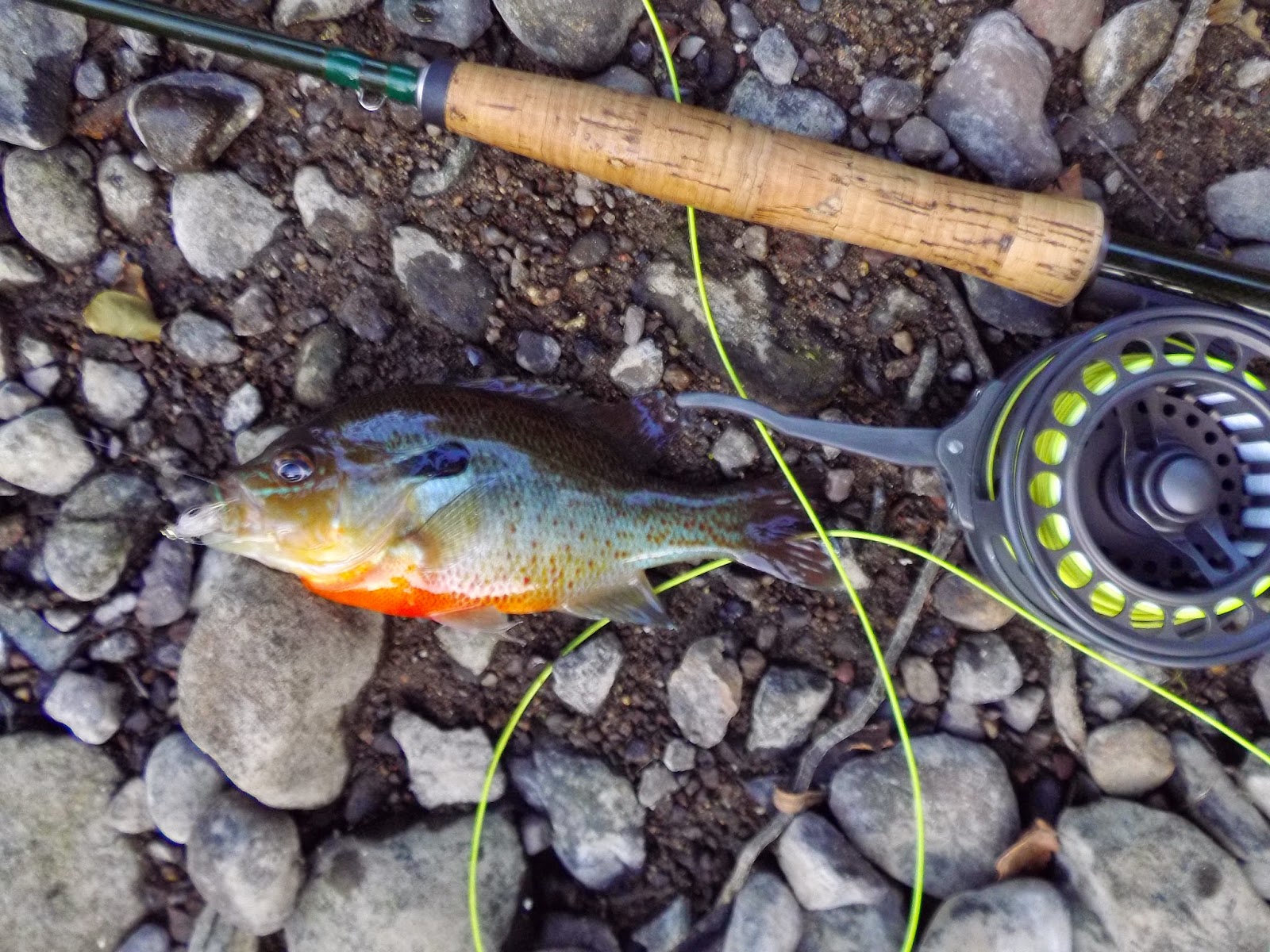 I caught several of these just before the Pompton River joins the Passaic River.

The Pompton River is a tributary of the Passaic River, approximately 8 mi (13 km) long, in northern New Jersey in the United States.
It is formed south of the borough of Pompton Lakes by the confluence of the Ramapo and Pequannock rivers. It flows south, passing between Lincoln Park and Pequannock Township (to the west) and Wayne (to the east). It enters the Passaic north of Fairfield. Its watershed encompasses section of the Ramapo Mountains along the New York-New Jersey border in the rural suburbs of New York City. It is the main tributary by volume of the Passaic. A portion of the river's water is diverted to the nearby Wanaque Reservoir.
Posted by The Great Lakes of NYC at 11:39 AM