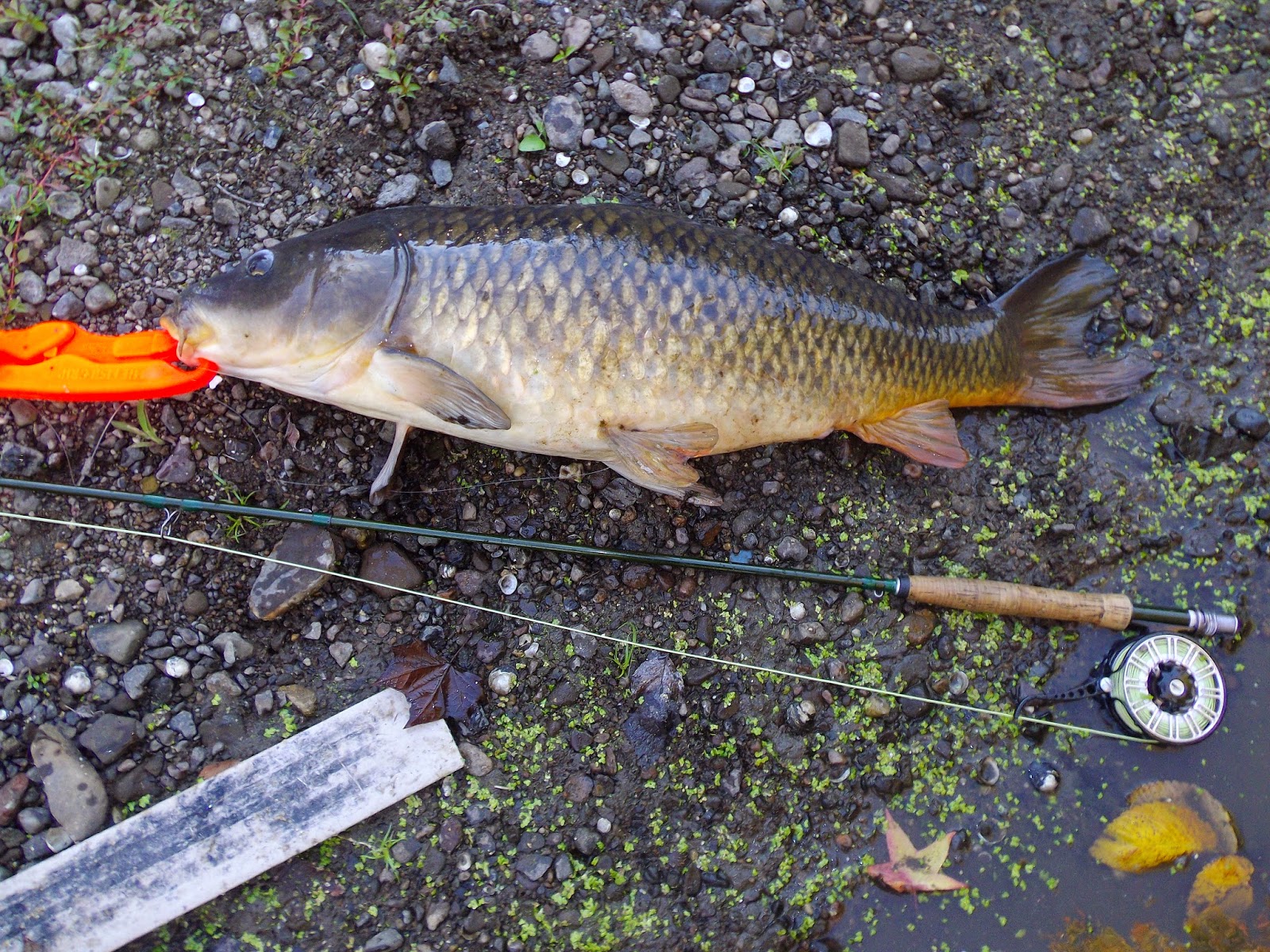 It turned out that the quiet pool I found includes a bunch of carp feeding on the river bottom.
I managed to get to the opposite side of the river and saw that besides the carp, I could not see
any other fish in that pool. 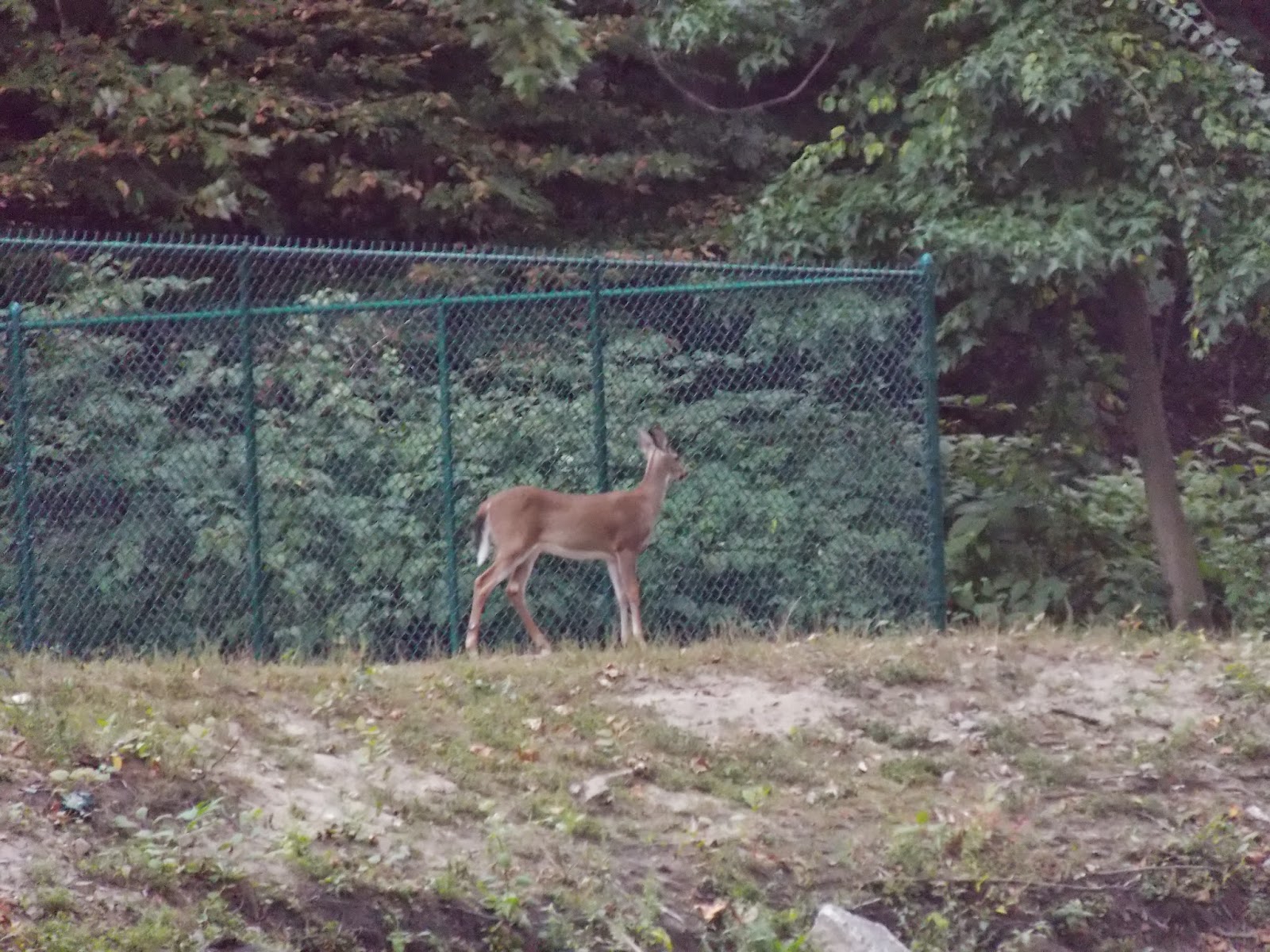 The weather the past week or so has been very good.  Almost no wind, no rain and sunny all day
However the water level is very low in the river.  It seems deer are following me as I explore the river. 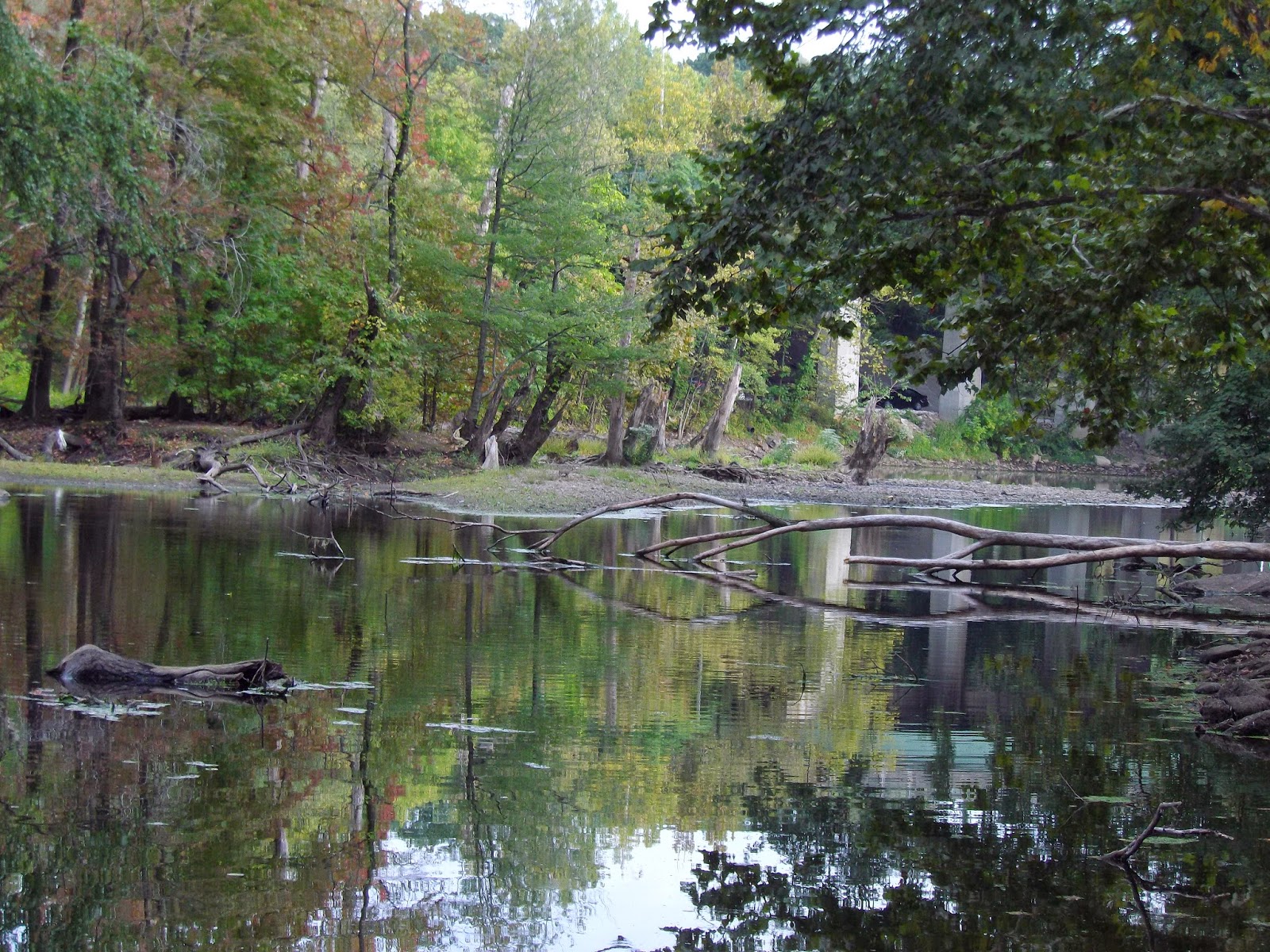 Don't be fooled by the calmness of the water as it appears here.  carp are tailing and feeding
in this picture.  Initially I thought there were juvenile carp in this pool because that was all I could see.
Due to the water level being low, it made the pool look shallow.  Every once and a while a large tail fin
would stick out of the river but I had no idea there were any mature carp in this pool. 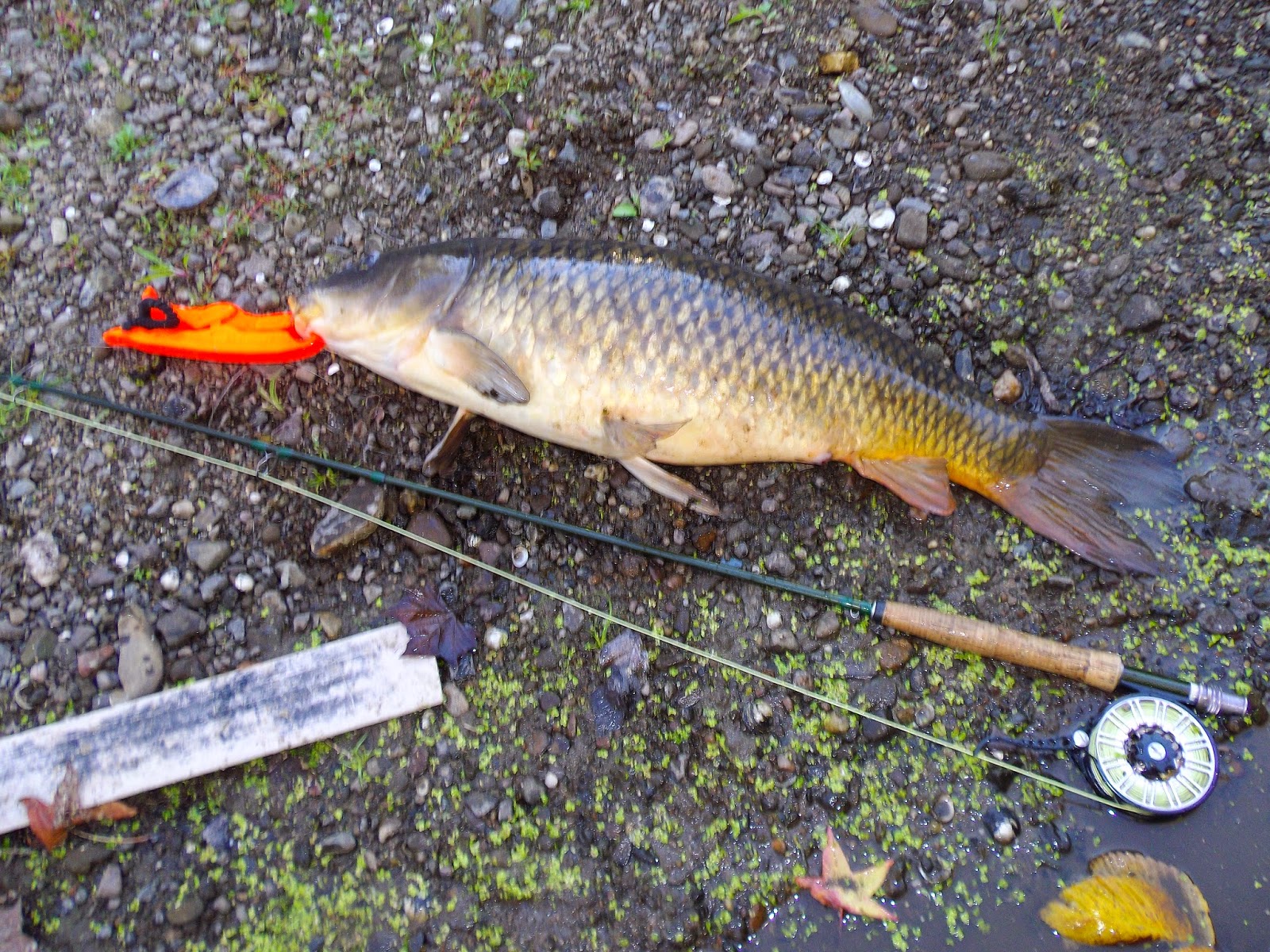 Each time I fish for carp or any fish, I look for obstacles in the water.  These obstacles become
part of my mental plan on where the fish can and can not go as we fight.  I fished a
wax worm soft bait; carp have taken this before.  When my fly line began to move, I thought that
I had a young carp.  My six weight began to bend.  It looked like it would snap.
Confusion and fatigue are my weapons for fighting  large fish.  I kept to my plan and the fish began to tire.

It was only as I forced the fish to surface that I saw how large it truly was.   It was not a fish of say 45cm
I had hooked and landed a carp that was 76cm  in length!
Posted by The Great Lakes of NYC at 6:47 PM