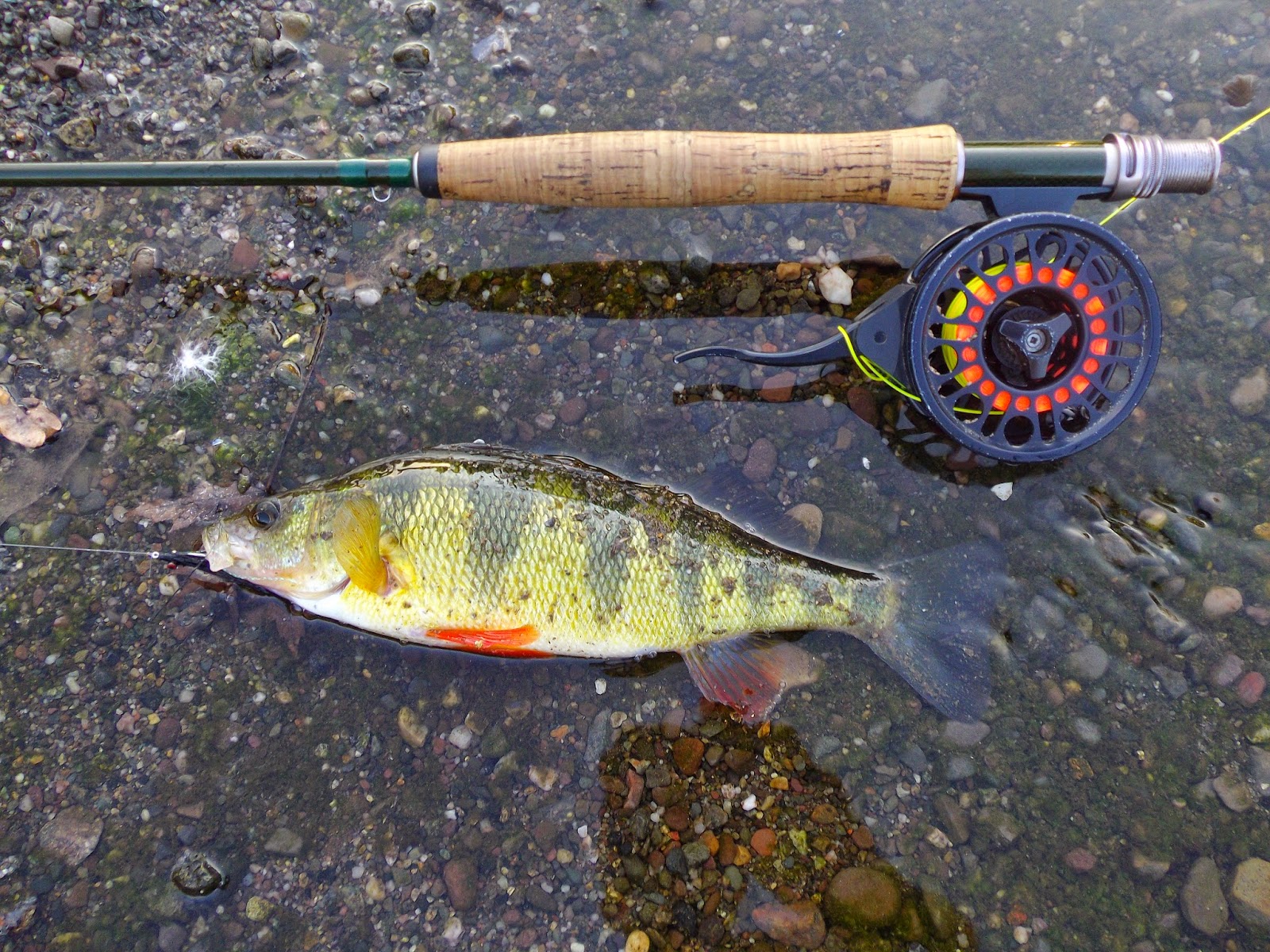 Walk,walk,walk.  I walked more than 5 kilometers today just to get to the area I wanted to fish.
My destination was the junction where the Passaic River meets the Peckman River.
Even here both rivers were low on water, so low I could walk out on a sand bar and fish. 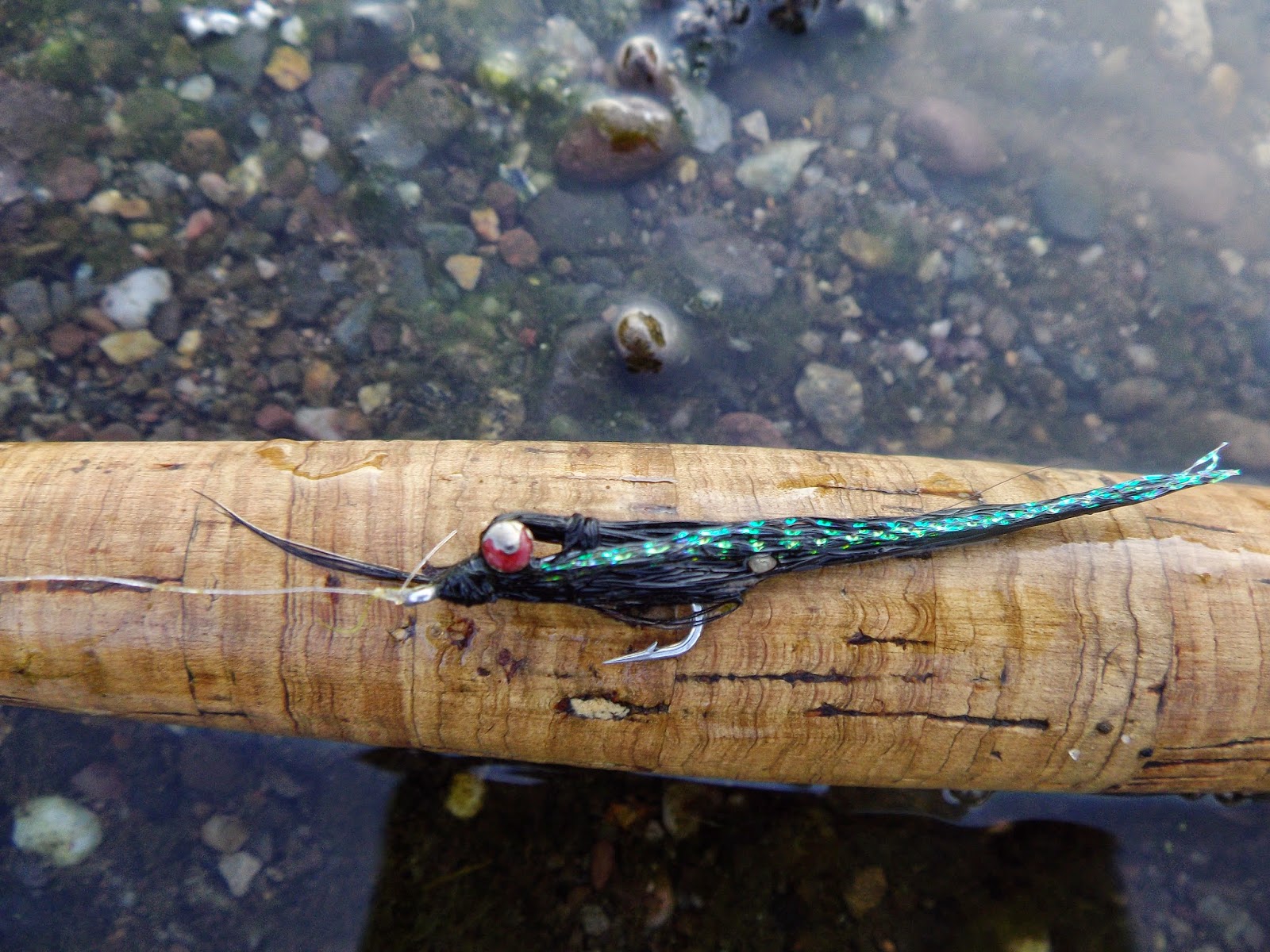 I decided that I would not fish for carp today.  I wanted to see  if I could hook a few smallmouth bass.
I had fished a small black clouser earlier and caught my first smallie  from the Passaic River.
My first cast was from the east end of the sandbar.  I spooked several carp that were feeding in the shade. 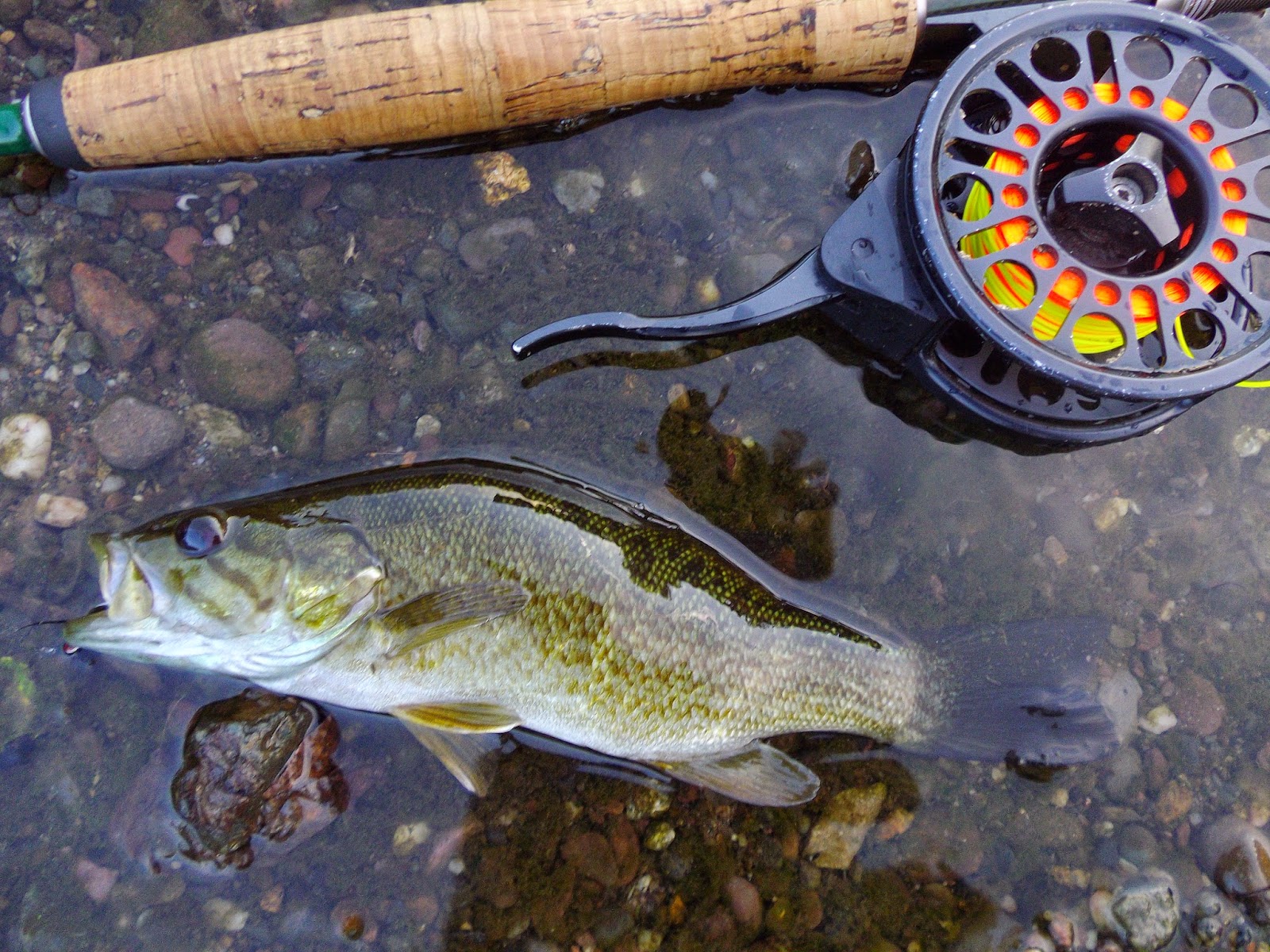 It wasn't until the sun started to set that I got my first hit.   After a booming cast, I began to
hand strip the line in to me.  Most of my fly line was stretched out across the river, so it took
awhile and I didn't want to risk trying to put the fish on the reel. 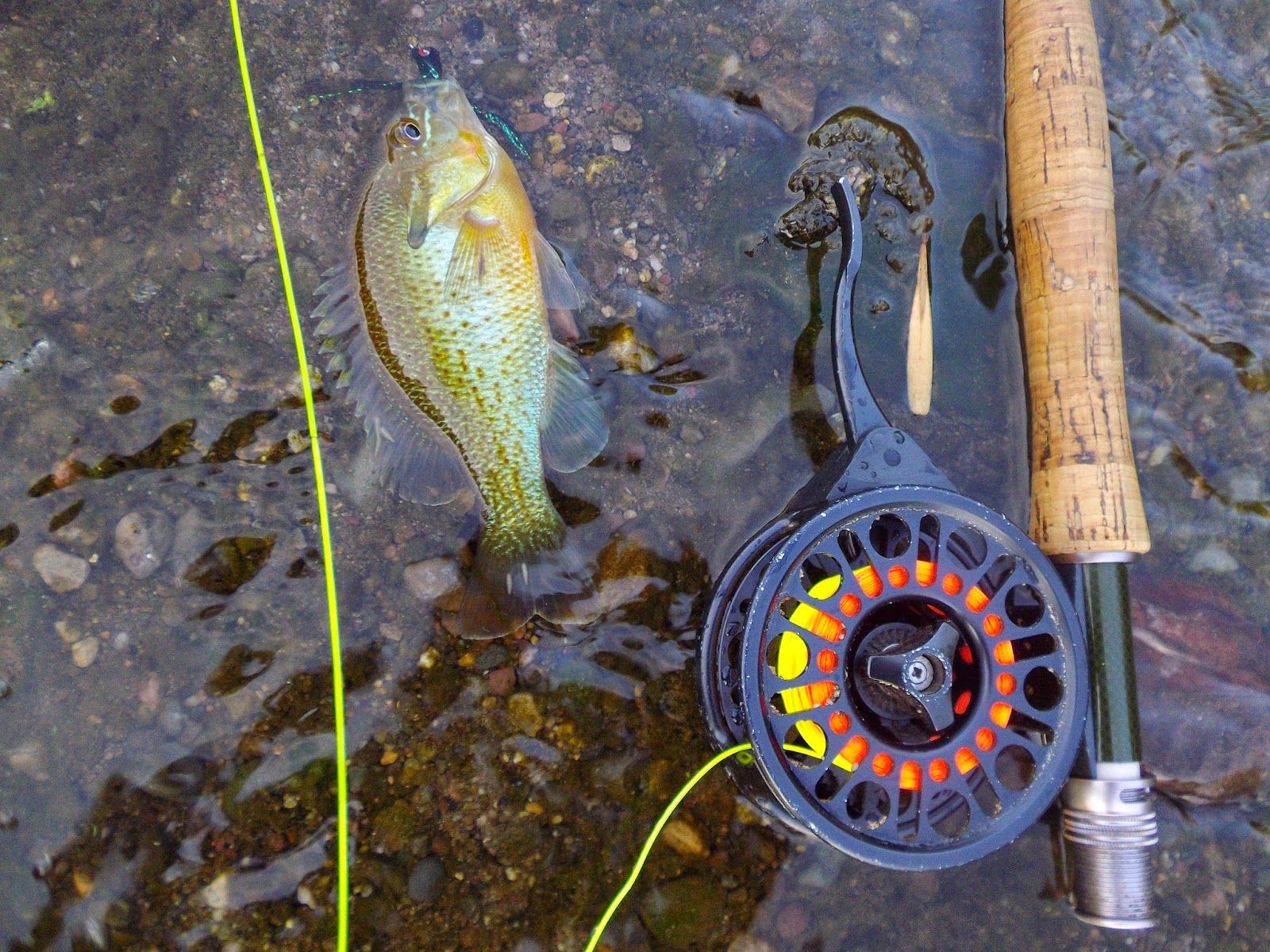 It was a nice size yellow perch.  I thought about packing and heading home.  However,
I thought I'll make another cast to that area to see if there are more perch.  Made another Belgium cast
began to strip line and bam!  This time it was a smallie. 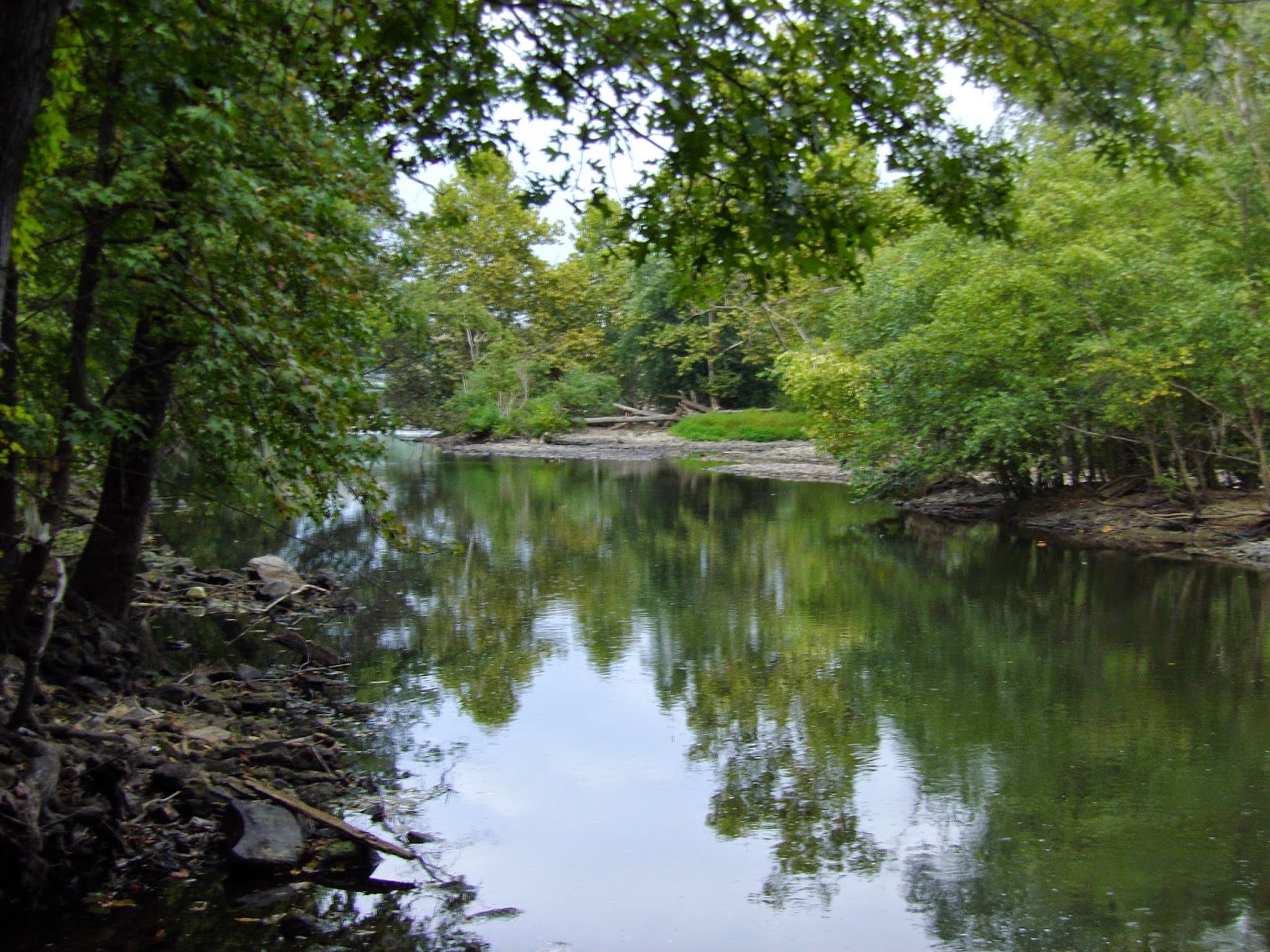 I made about a dozen more "last cast" before calling it a night.  I lost two fish, one was really big.
Another smallmouth got almost to the shore before making an early exit.  A sunfish attacked my clouser
two meters from shore.  He really whacked the fly. The final fish was another panfish. 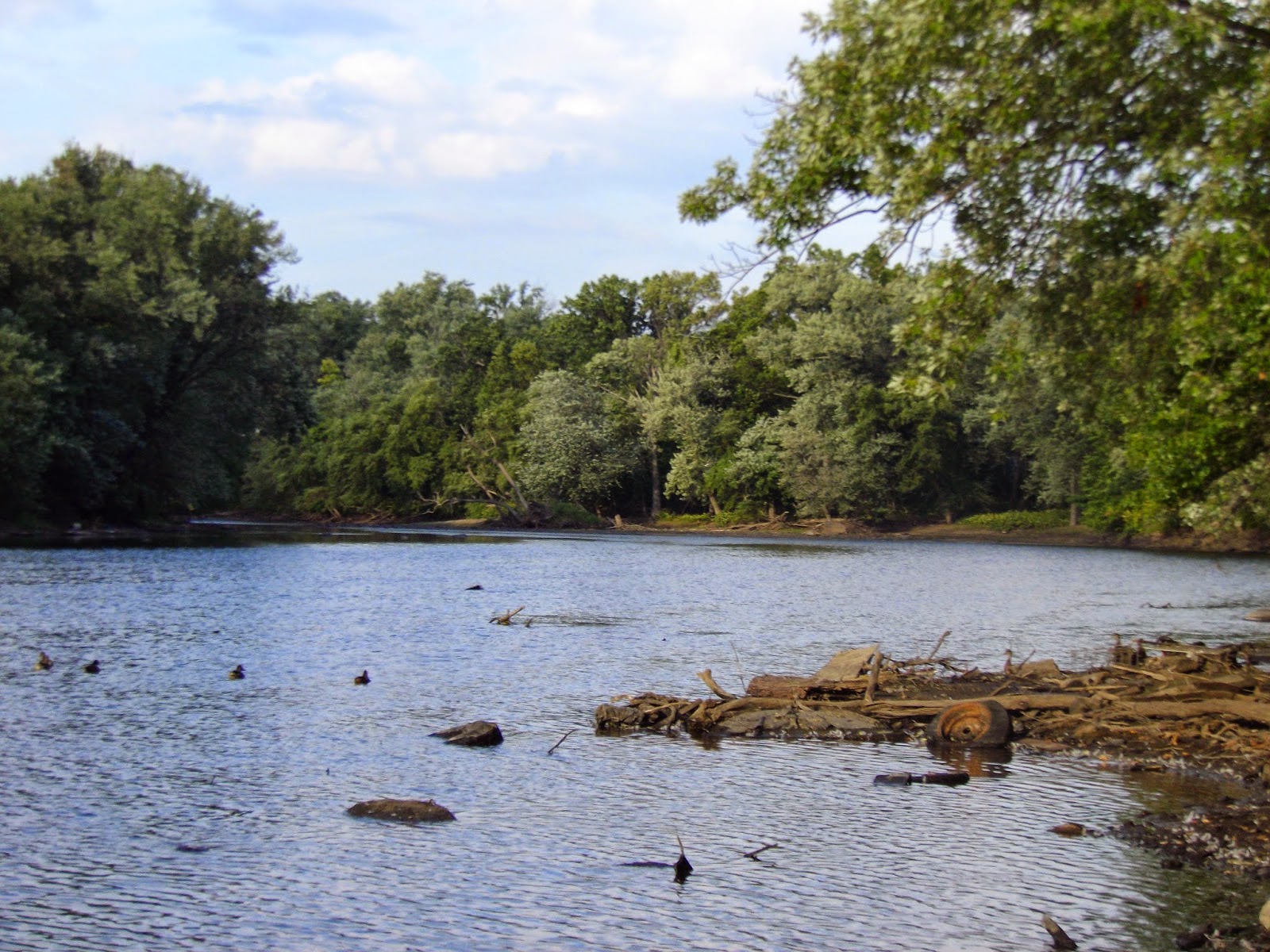 During the bite I saw more than 6 carp come into the shallows to eat and cruise.  I stayed the course
and did not re rig for carp.  This is without counting the three or four carp I spooked initially. 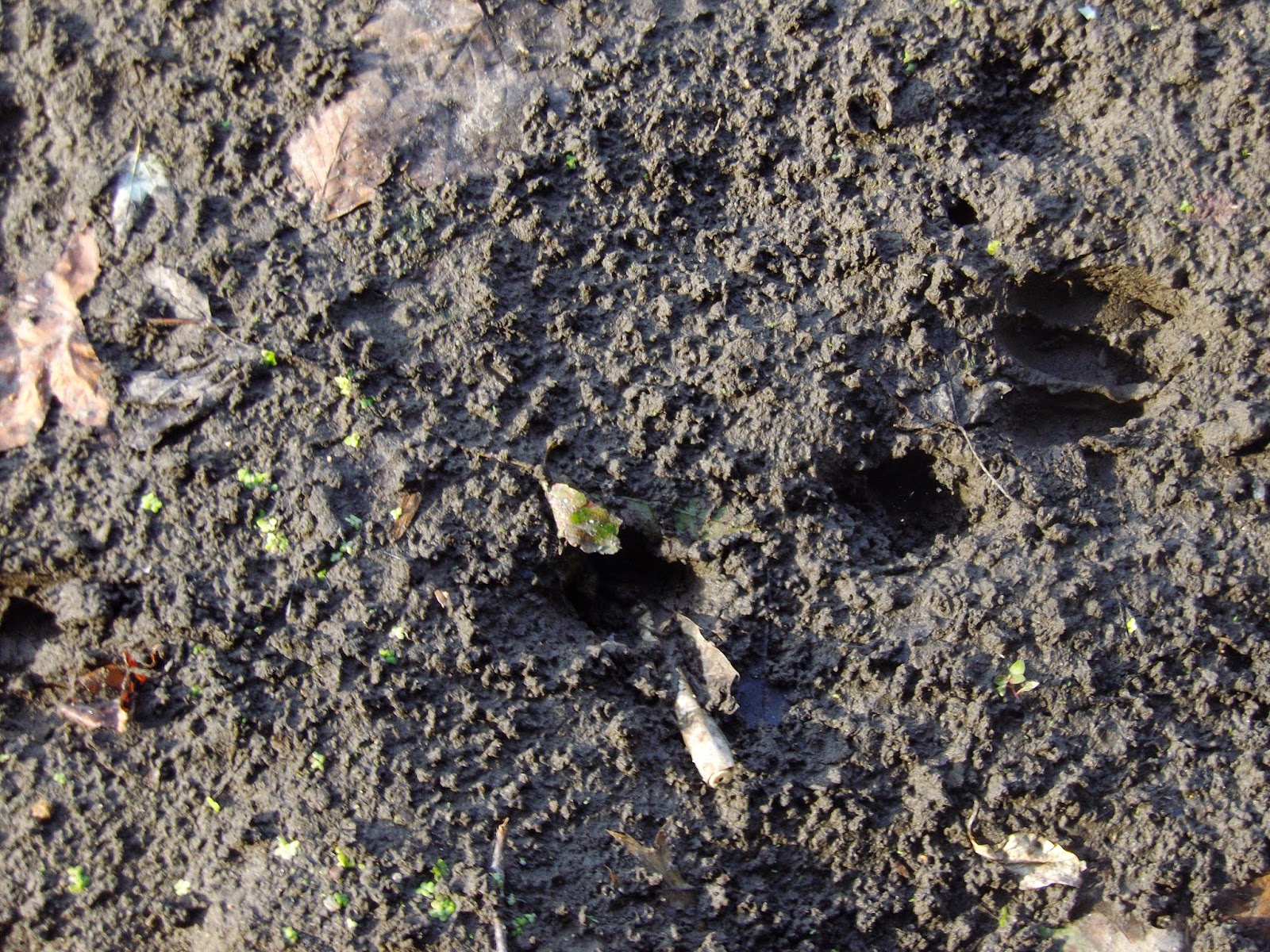 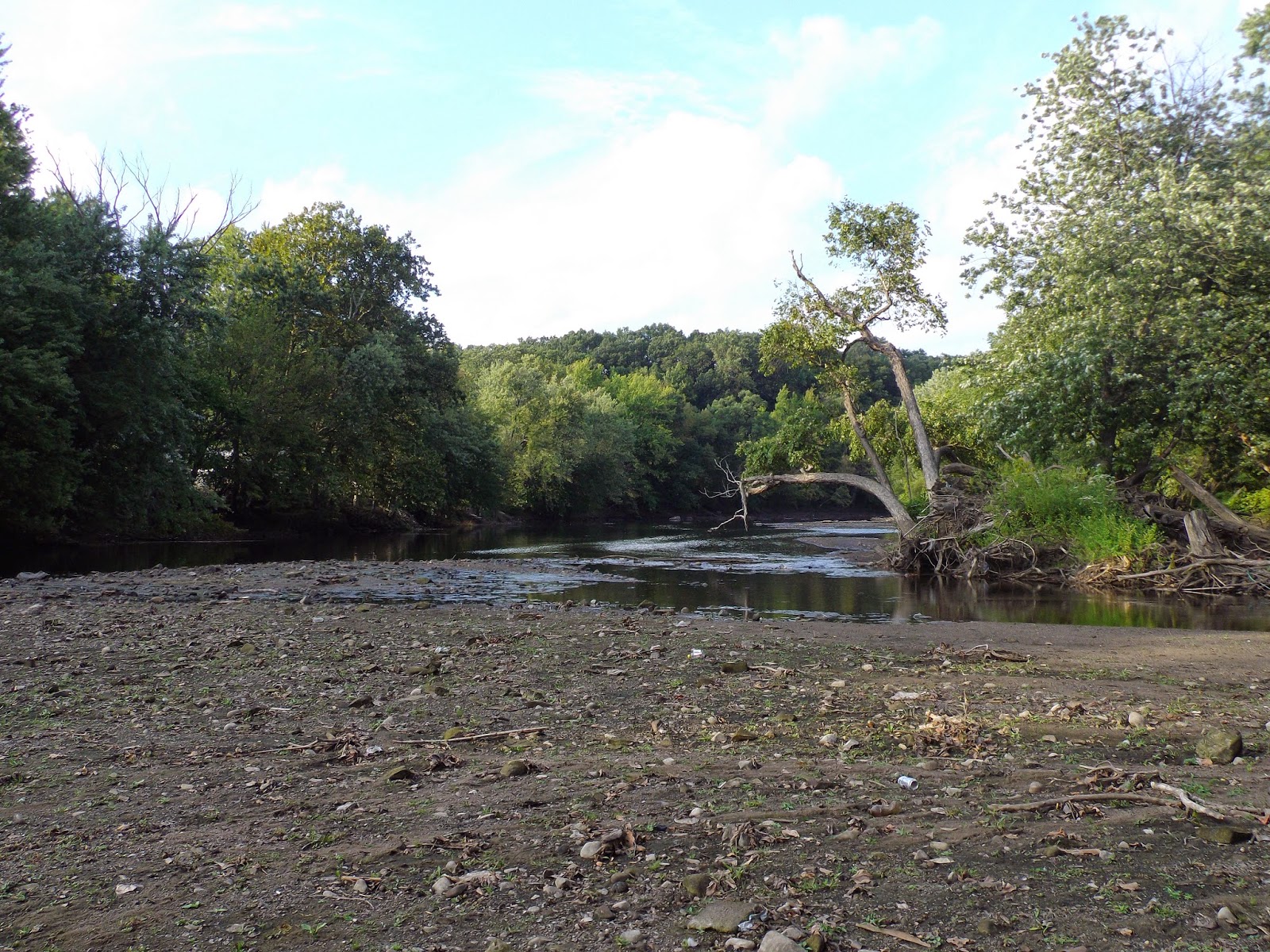 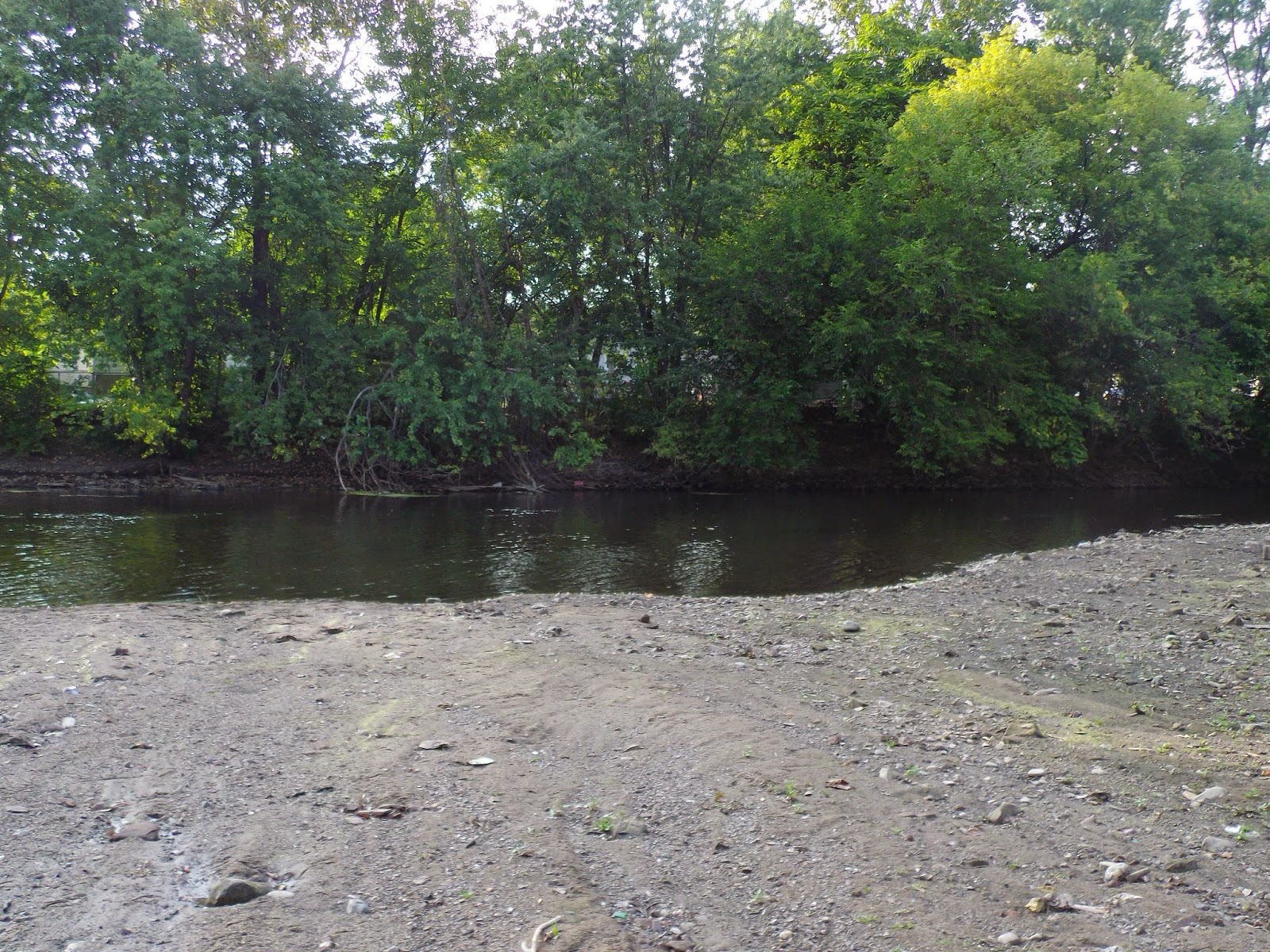 The trough I fished looked deep enough for pike but I was not equipped to fish for them, today. 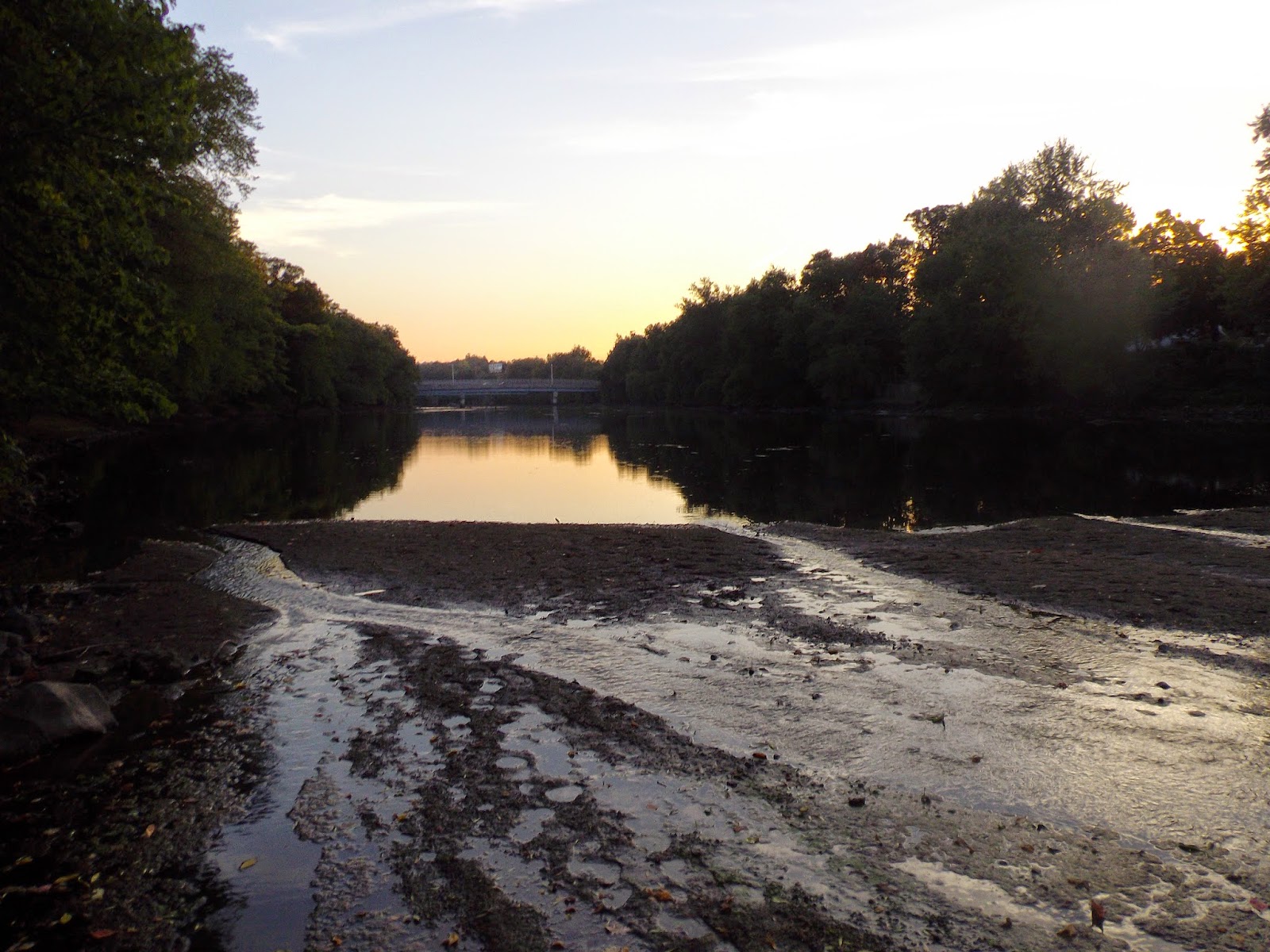 Time to go, almost dark  I had a great time fishing.  I caught fish and learned more about fishing a river. 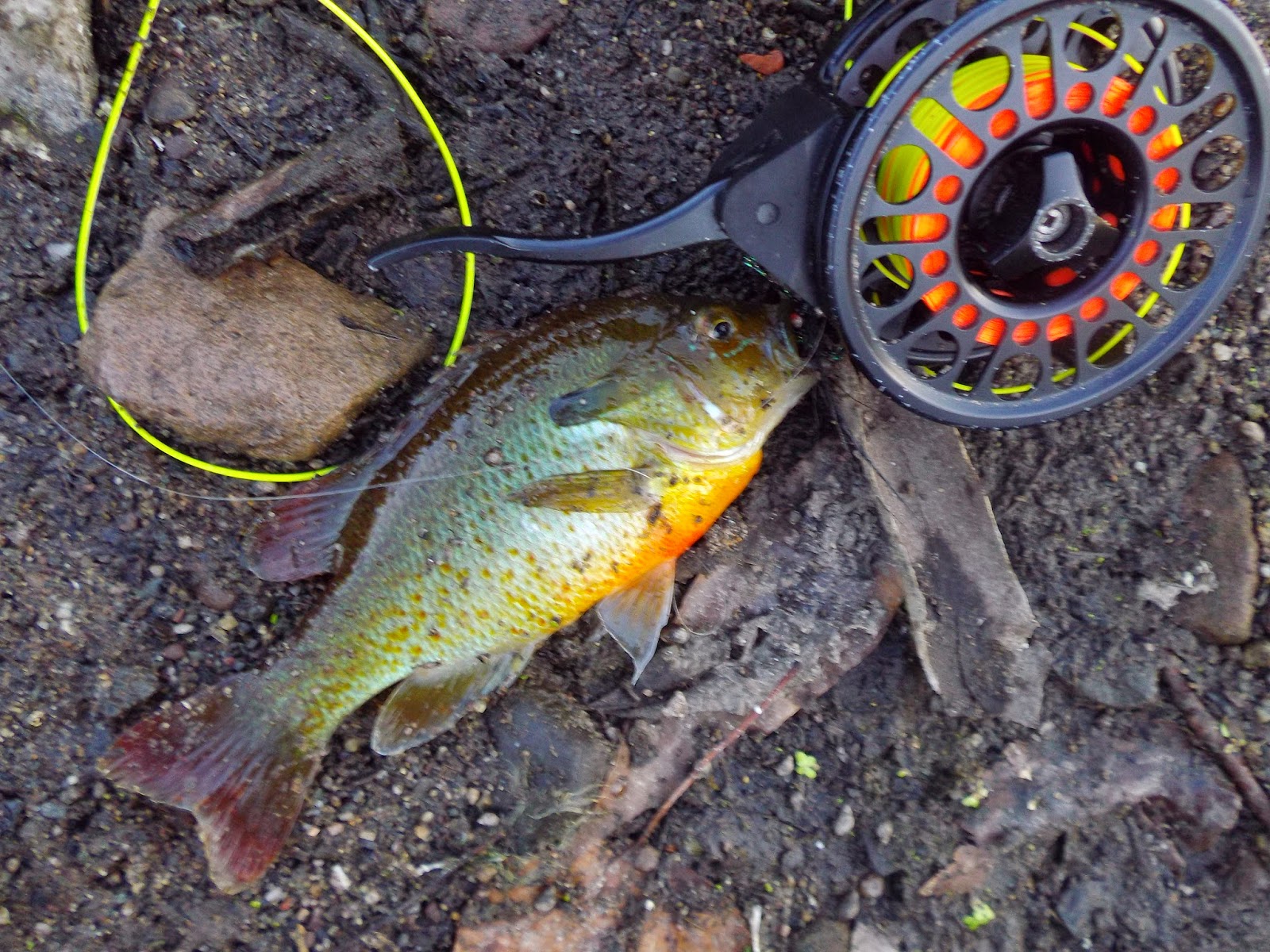 Last fish of the day, taken on the same small clouser.
Posted by The Great Lakes of NYC at 8:51 PM