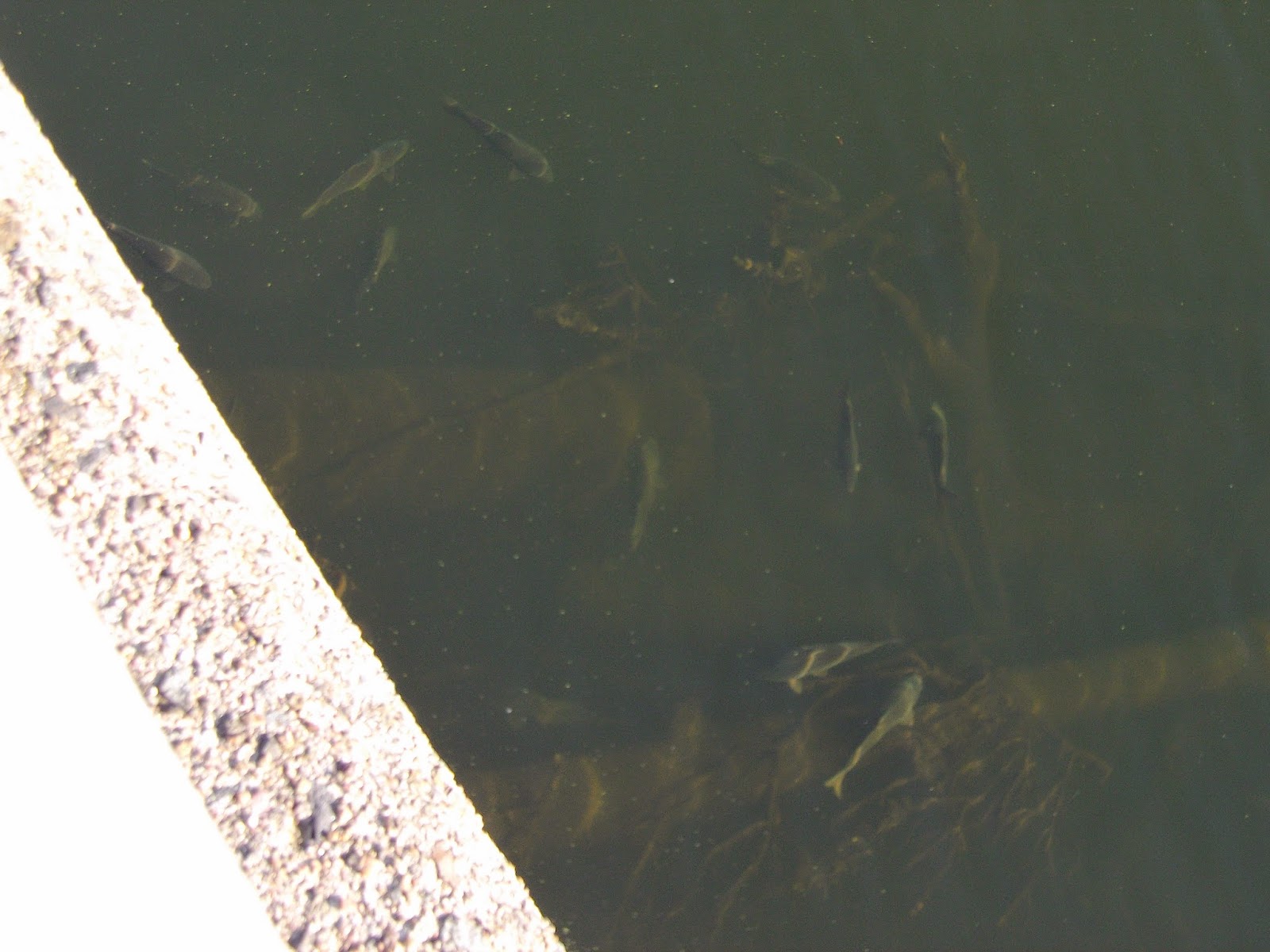 In the very middle of the river I saw this swarm of carp swimming under a bridge.  This pod
of carp is unreachable without a water craft.  A beautiful sight. 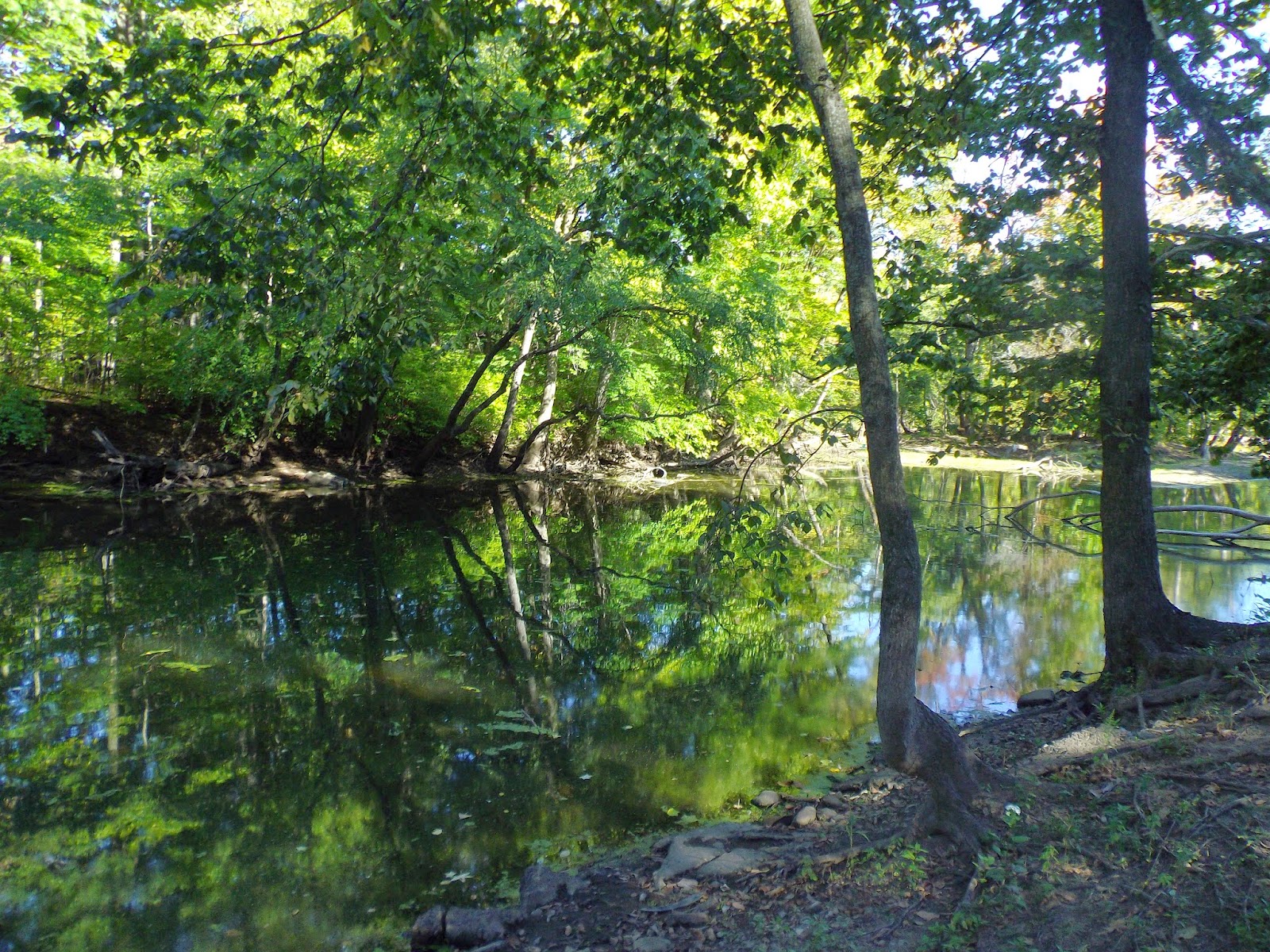 This small pool looked fishy.  I thought it might contain a pike or a bass.  I tried a number of flies
but I saw nothing until I walked further south along the shoreline.  I noticed two large swirls in the
water.  A closer inspection revealed that there were carp in the water feeding. 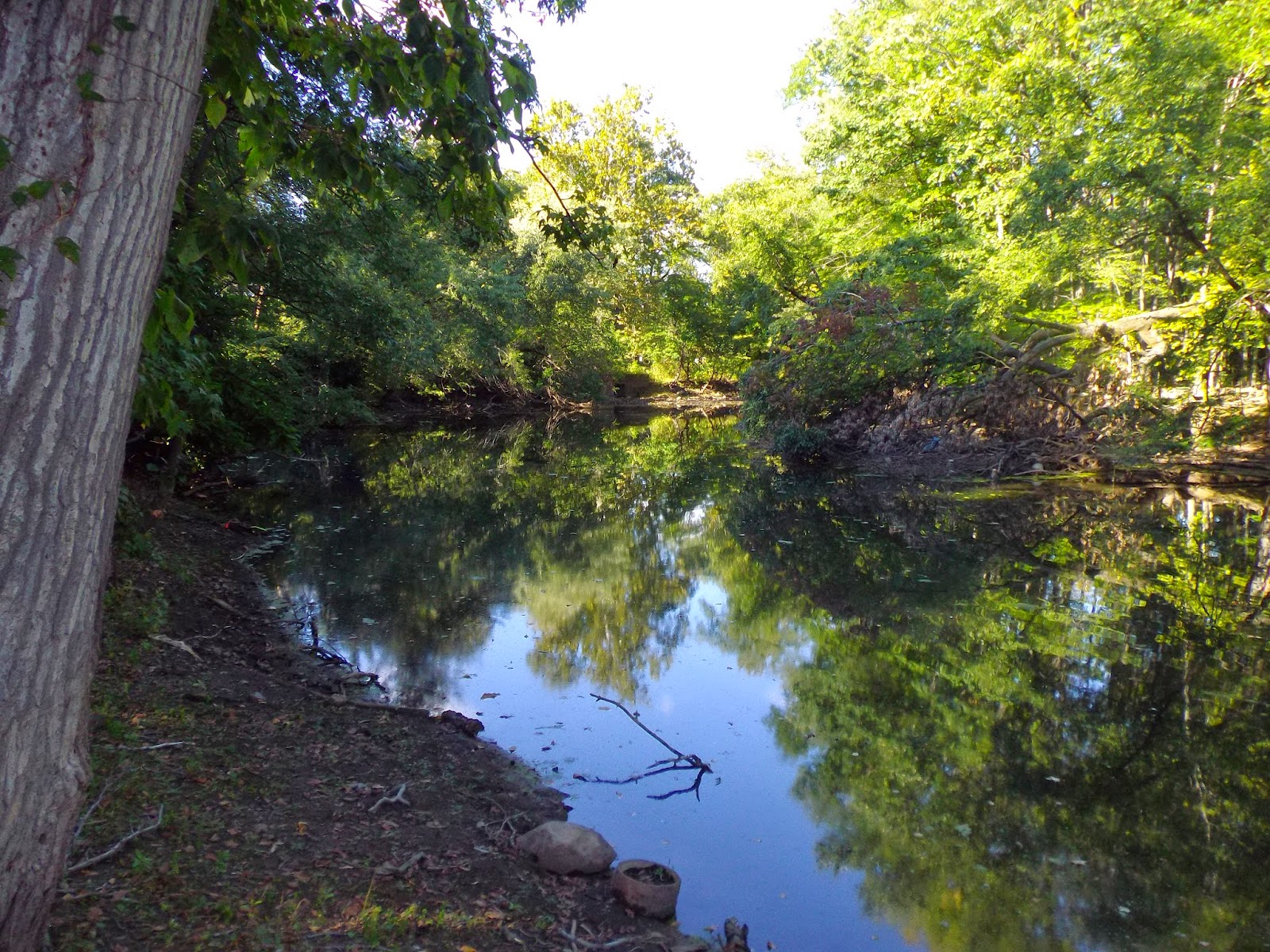 No wind. It was quiet.  I saw carp feeding and as the evening approached, the carp began to make
more and more swirls in the pool.  This was an exciting moment.  No one was anywhere near
me and I had the water all to myself.

I fished the JMC Ozone semi automatic fly reel.  The reel makes no sound as a fish rips across the river.
I had tinkered with the drag adjustment and hoped it would perform as well as the Peux Fulgor.
It did until a LDR (Long Distance Release) occurred due to my knot failing.  The carp felt large but
I never was able to confirm this. 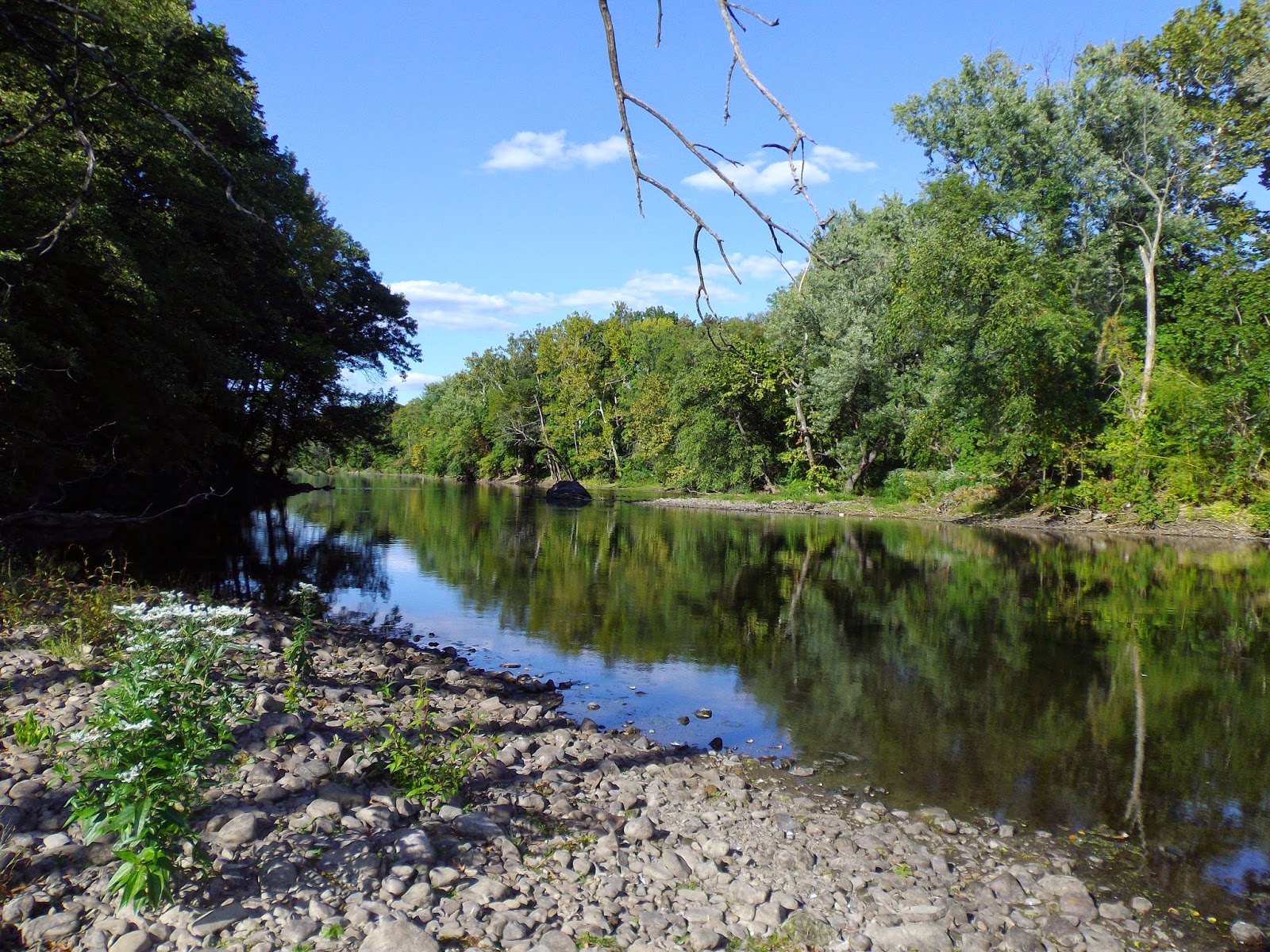 The other side of the pool was the main branch of the Passaic.  Windless, clear,as if it was a
swimming pool. 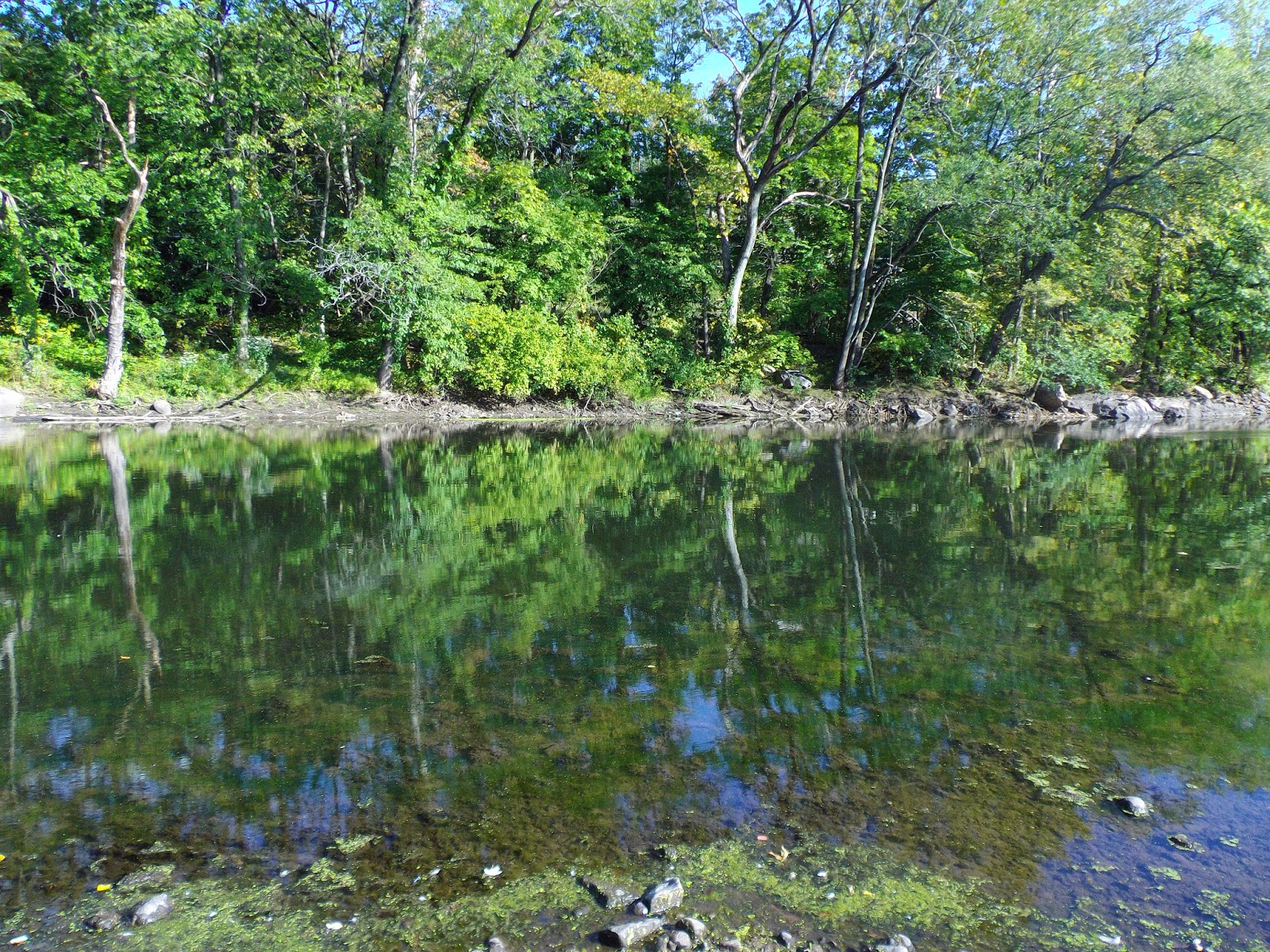 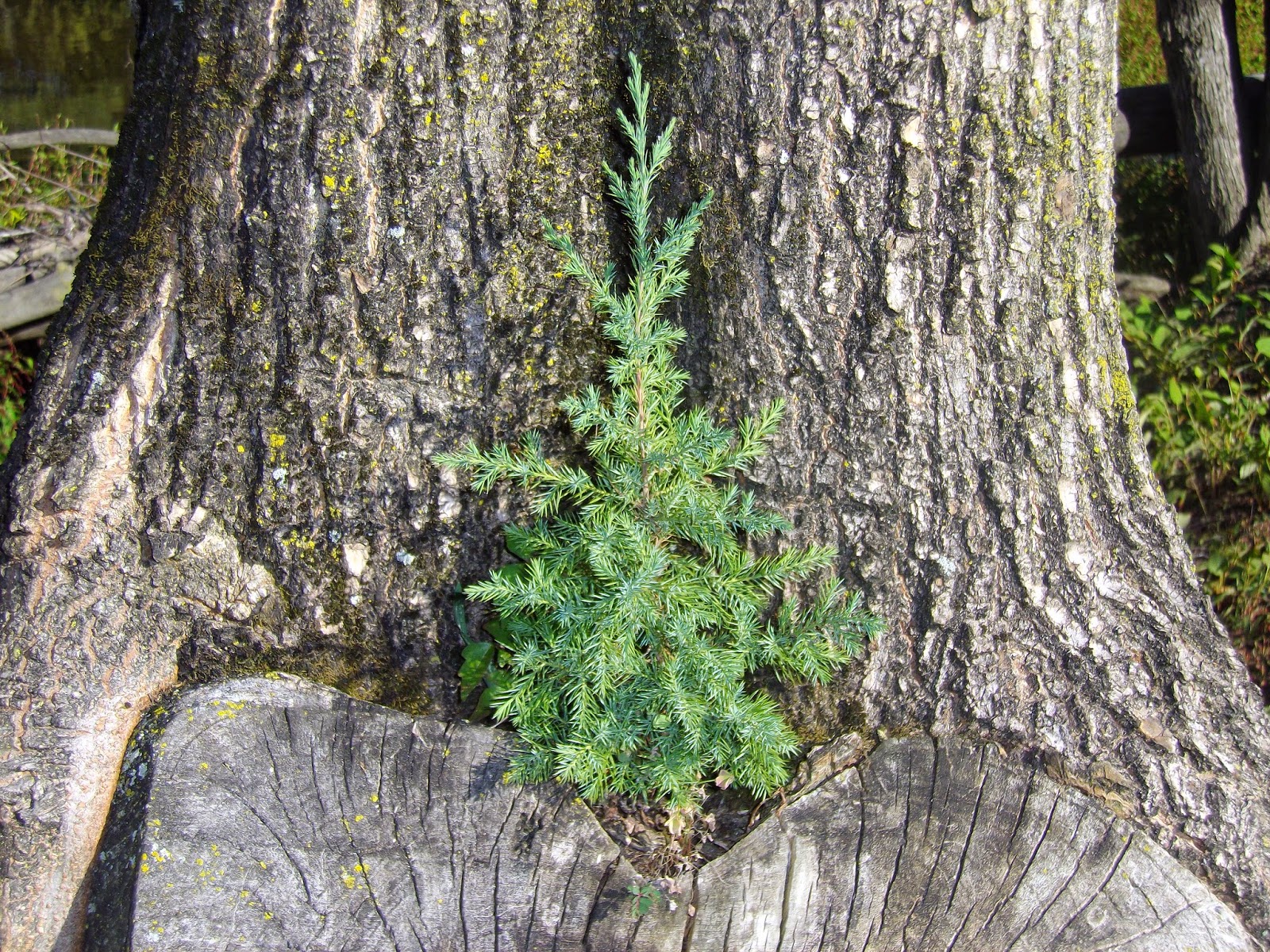 When I saw this I had to take a picture of it.  An evergreen tree growing from the trunk of a
non coniferous tree.
Posted by The Great Lakes of NYC at 1:34 PM