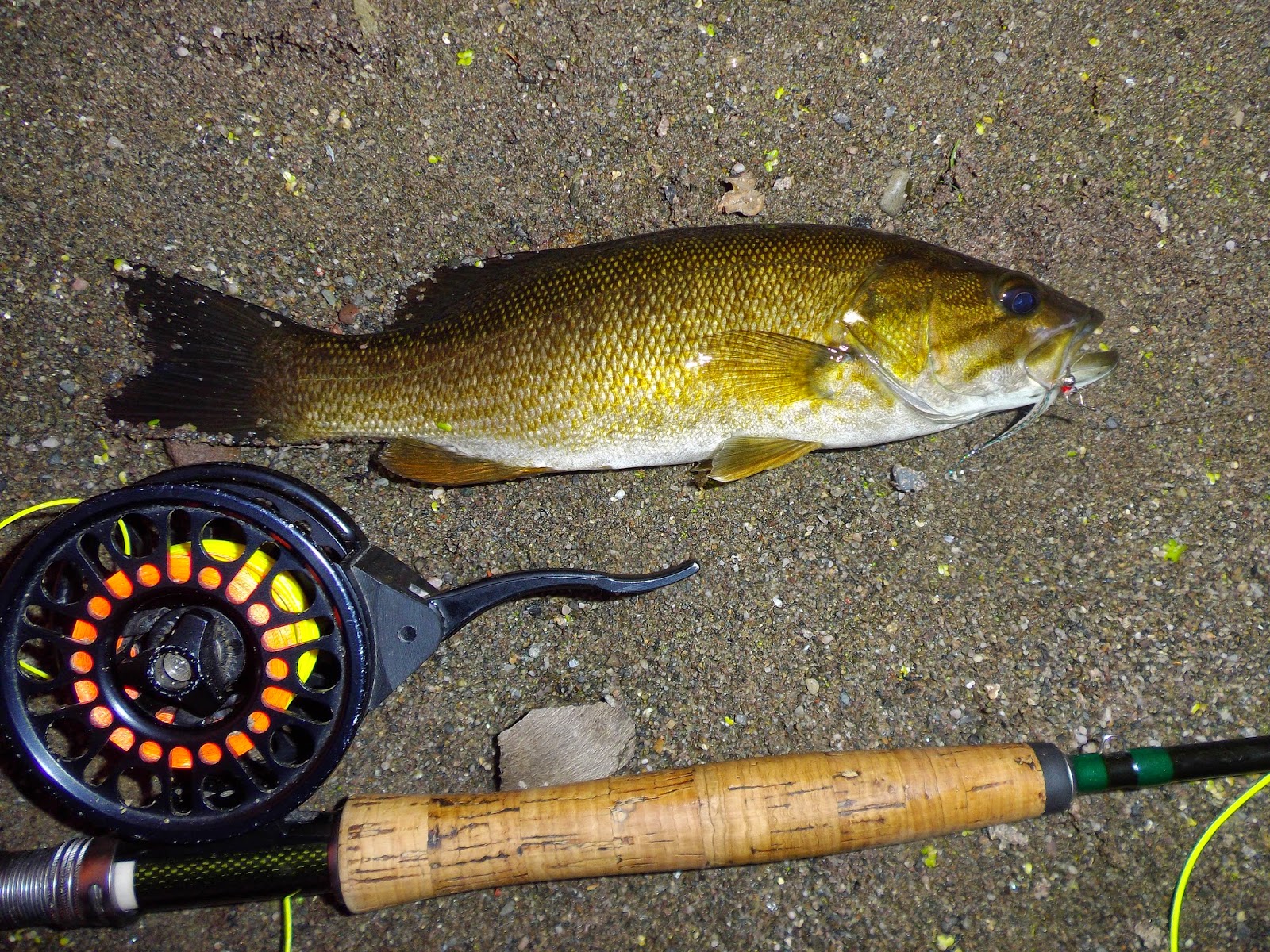 I went to the mouth of the Peckman river looking for carp.  I wanted to catch a carp today.
For most of the week there, I had seen cruising and tailing carp all over the river while I fished
for bass. 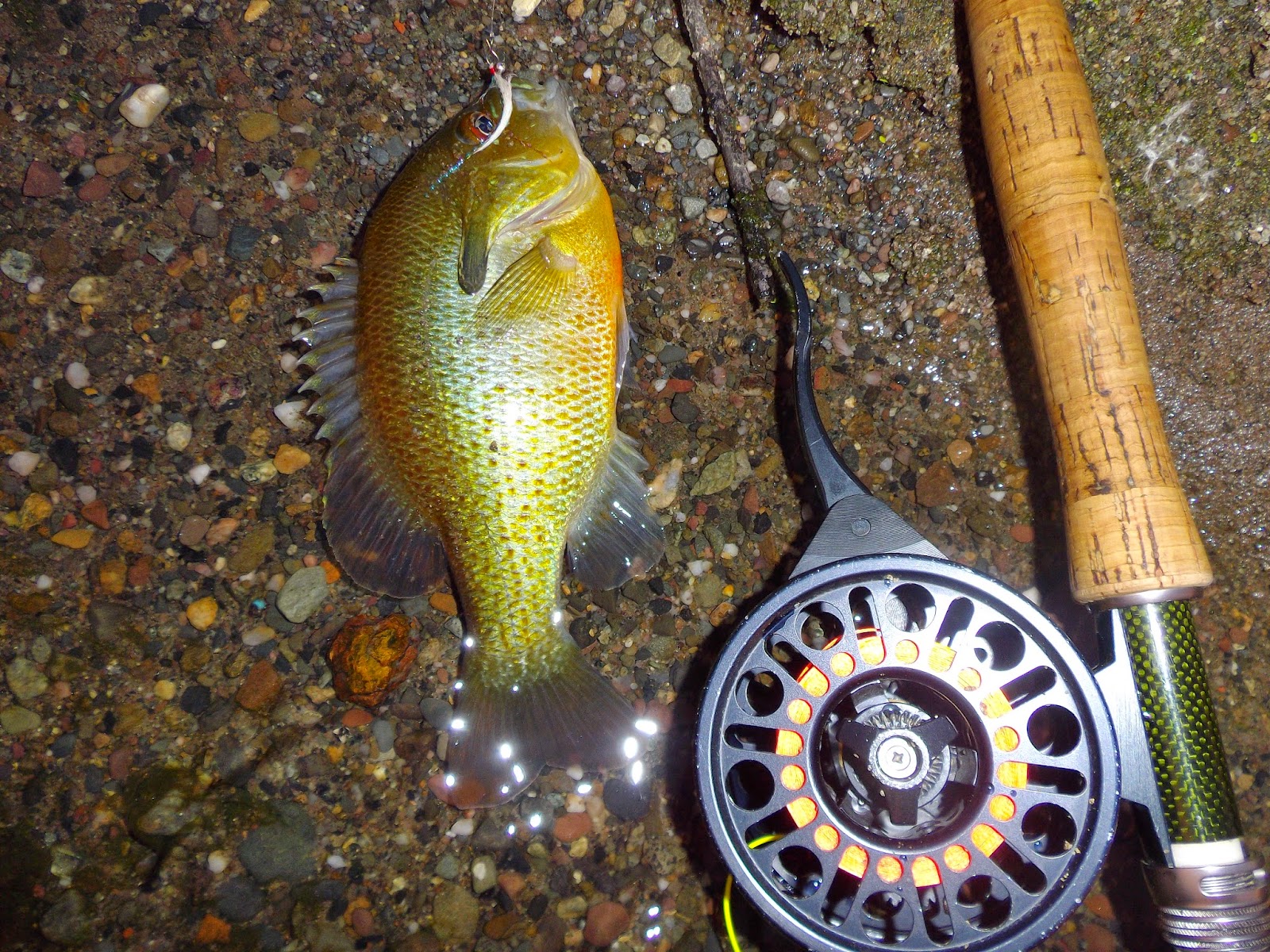 Today for some reason I only saw two carp, briefly.  Did I spooked them? I don't know.
I do know that I saw no carp in many places, where previously I had seen many carp
holding and feeding. 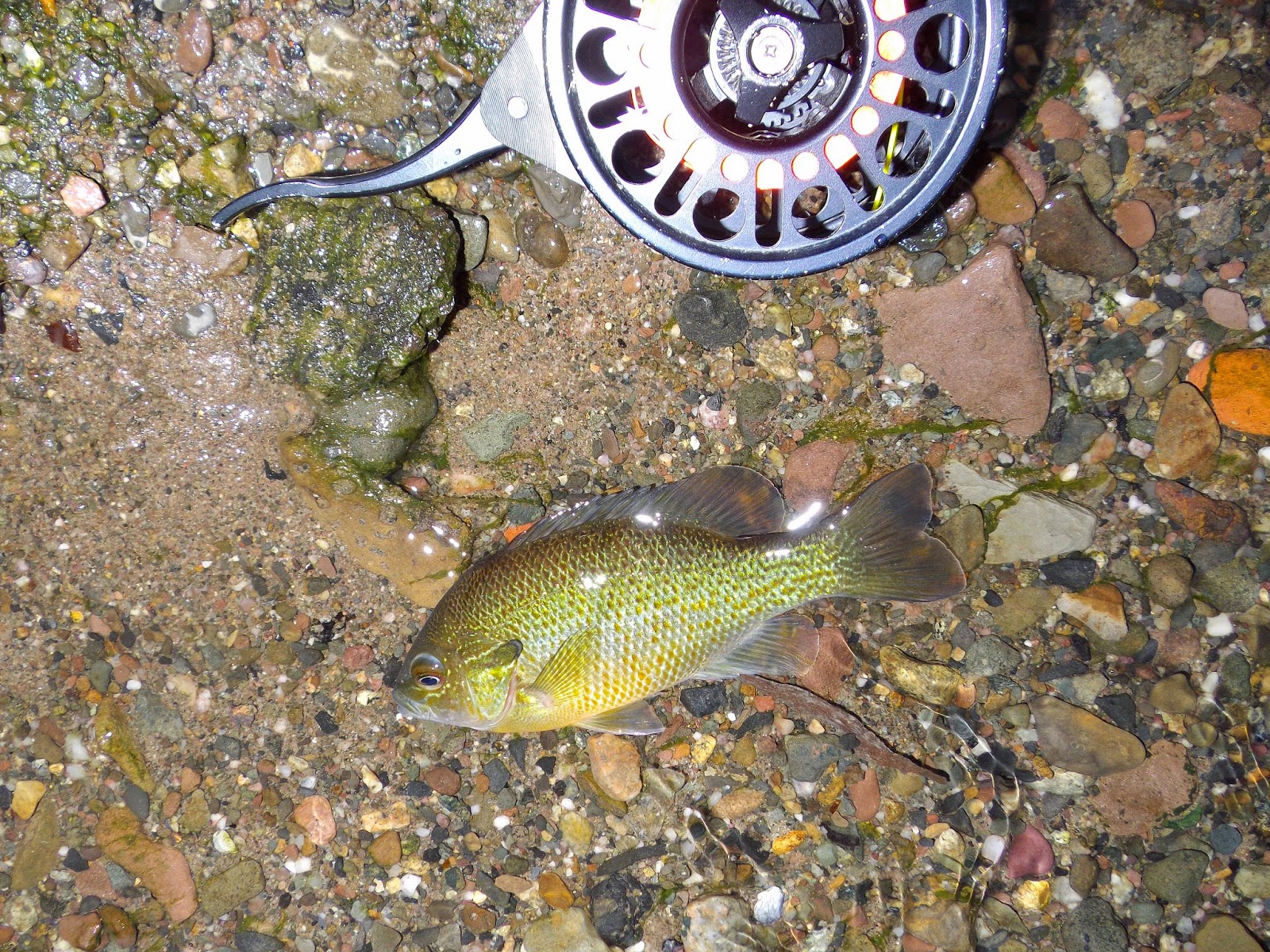 So with about an hour of day light remaining, I switched to plan "B".  I fished for panfish.
I systematically began to cast clouser flies.  I started with a pink and white fly.
The past week I caught several fish with a black clouser.  I wanted to see if other flies worked
just as well. 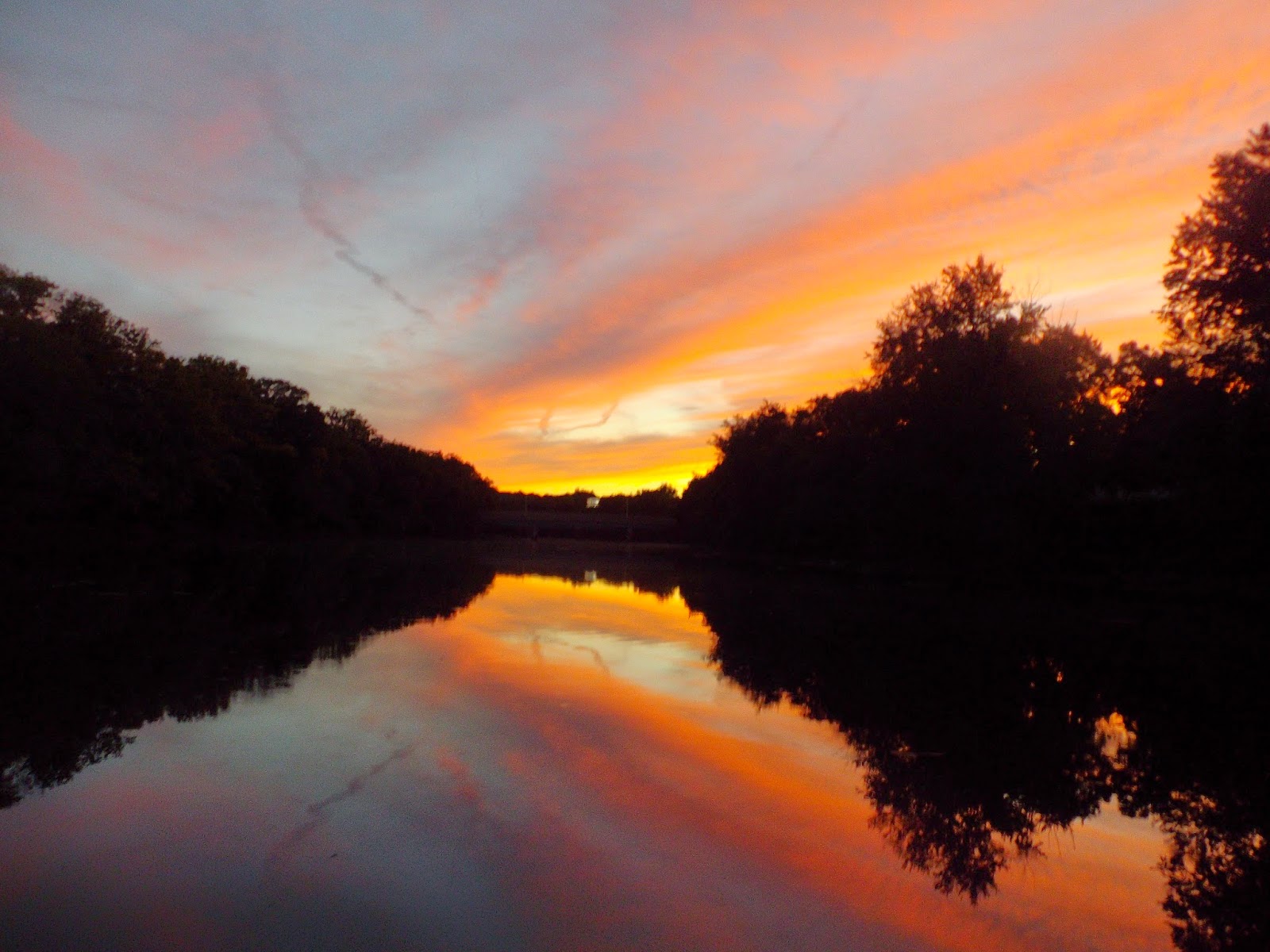 All the spots that had produced fish earlier in the week were not producing today.  As the
sun disappeared, I made a cast to an area on my left.  After a few strips, a wake appeared
behind my fly.  On my next strip, wham I had a fish, a big fish!  It fought hard but I kept my
rod tip low  A really nice size smallmouth bass had taken my clouser.
Posted by The Great Lakes of NYC at 10:03 AM