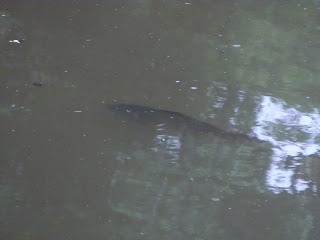 The forecast called for rain showers but I threw caution to the wind and headed to
Atlantic terminal and the Long Island Rail Road. 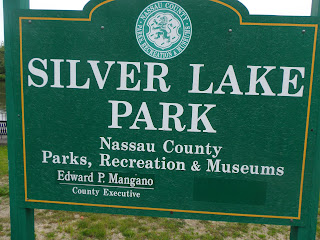 In the last few weeks I have visited a number of different fisheries.  Some of the
places I've been have been bust as far as new fishing spots but many have been worth the
time and effort to find. 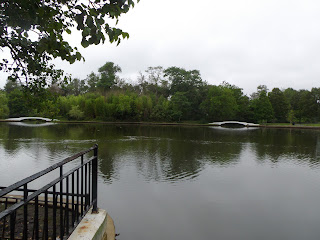 Silver Lake Park goes on the list as a plus.  Yes it is small but it has fish and seems to
be under fished. 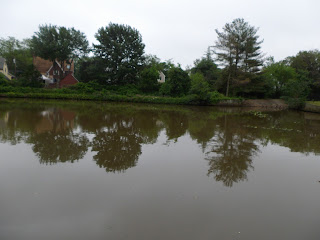 The water is murky but for the most part you can see the fish. 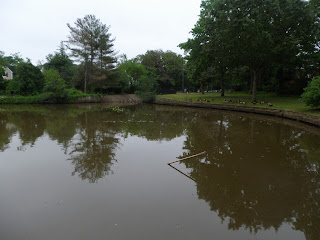 There are two pools one in the south end of the park and a second in the north west corner. 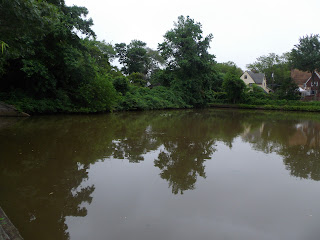 I saw several larger carp in the north pool. 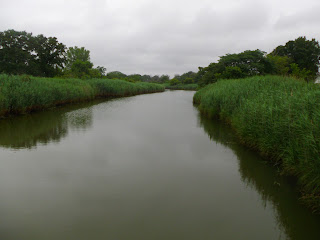 The Milburn Creek Park has brackish water.  It's not much of a park as the banks of the
creek are covered on both sides by tall weeds and thick underbrush.  There is zero access
from the shore.  Bring your kayak! 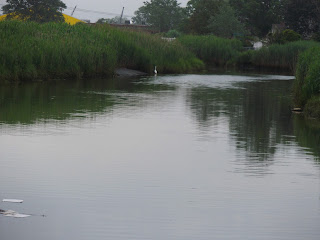 What appears to be a boat ramp on the left side of the photo, can not be reached except
by machete! 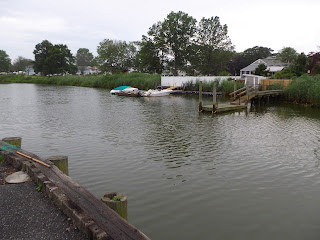 At the end of the park there is a place to launch boats; if your destination is the Jamaica
Bay. 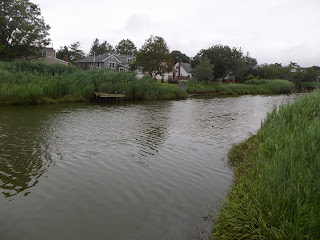 Looking north on the creek 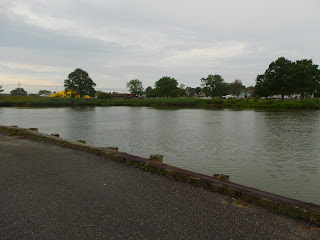 The tide was low at the time of this photo 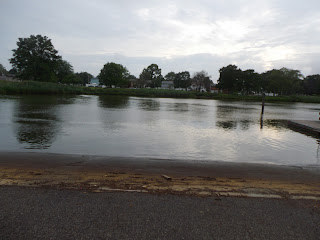 Oh yeah, in spite of this park having almost zero access to fish the creek, carp are here.